What is a battery?

Battery in Louisiana is defined as the intentional use of force or violence upon the person of another; or the intentional administration of a poison or other noxious liquid or substance to another.  Essentially, a battery occurs when you physically touch someone. Battery doesn’t have to result in serious physical harm. It could be as simple as a push in the chest. That is a battery. Especially when it comes to police officers, if you as much as brush against a police officer, you will likely get charged. The officer will probably throw in a few extra charges as well such as Resisting an Officer.

Battery is not the same thing as an assault.  Assault charges do not require any touching. Assault is attempting to commit a battery or threatening someone.  Be sure to look close at your paperwork to know exactly what you are charged with.

What is battery of a police officer?

Many battery of police officer charges happen in prisons when an inmate hits a correctional officer. Unfortunately for the defendant, the incident is recorded quite often diminishing his defenses. "Battery of a police officer" includes the use of force or violence upon the person of the police officer by throwing feces, urine, blood, saliva, or any form of human waste by an offender while the offender is incarcerated by a court of law and is being detained in any jail, prison, correctional facility, juvenile institution, temporary holding center, halfway house, or detention facility. 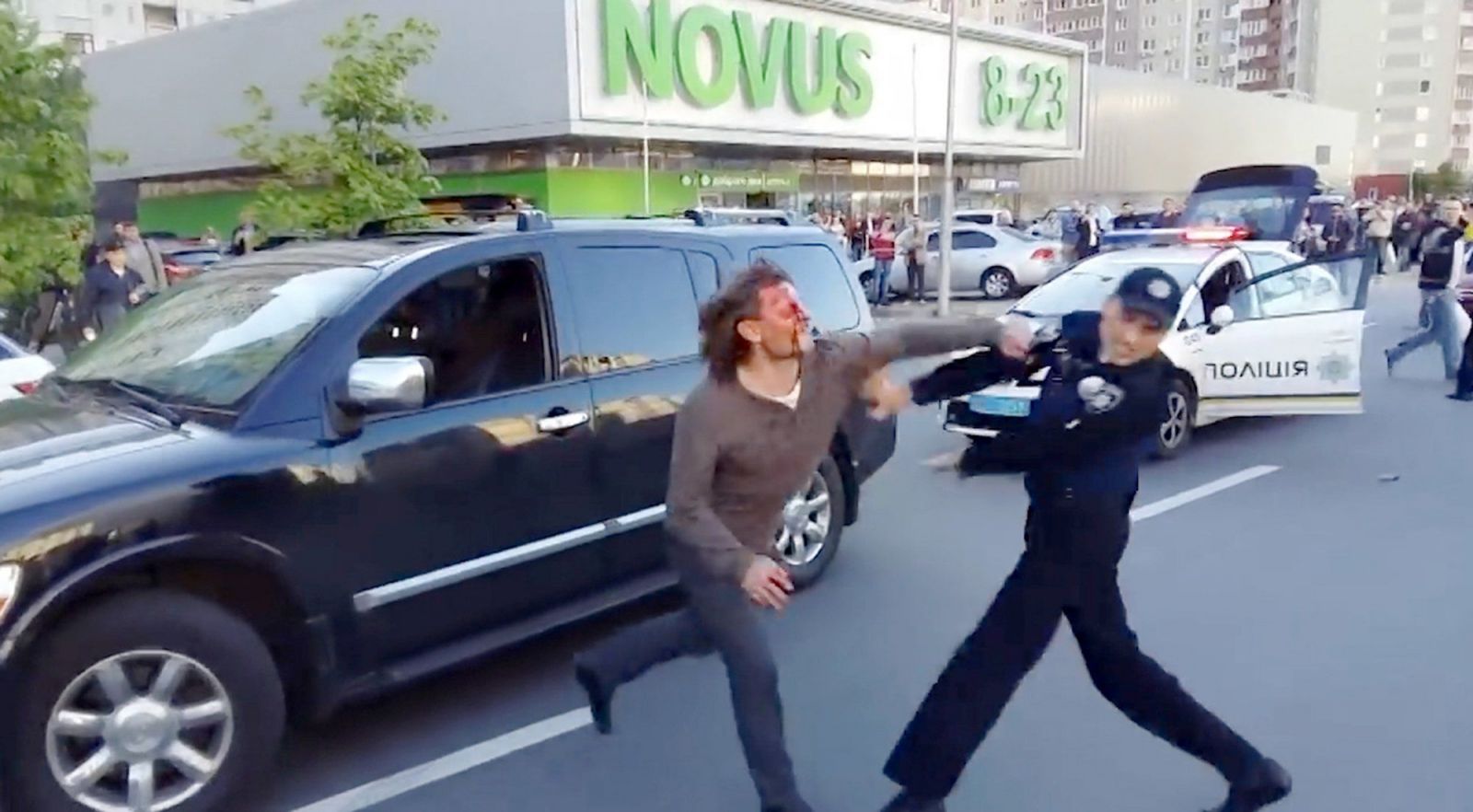 Penalties for Battery of a Police Officer

Whoever commits the crime of battery of a police officer shall be fined not more than $500 and imprisoned not less than 15 days nor more than 6 months without benefit of suspension of sentence.  Although it is a misdemeanor, the tough part of this conviction is that it requires 15 days in jail mandatory. If you are convicted of this charge, you have to do jail time.  Your criminal defense attorney may try to get the judge to do home incarceration or see if you get some credit for time served.

If at the time of the commission of the offense the offender is under the jurisdiction and legal custody of the Department of Public Safety and Corrections, or is being detained in any jail, prison, correctional facility, juvenile institution, temporary holding center, halfway house, or detention facility, the offender shall be fined not more than $1000 and imprisoned with or without hard labor without benefit of parole, probation, or suspension of sentence for not less than 1 year nor more than 5 years.  Such sentence shall be consecutive to any other sentence imposed for violation of the provisions of any state criminal law.  Hitting a correctional officer could keep the defendant in jail much longer. It is a big problem for defendants in this situation because if he is already doing time for a felony and picks up this one, he could lose his good time that he’d been accumulating.

If the battery produces an injury that requires medical attention, the offender shall be fined not more than $1000 or imprisoned with or without hard labor for not less than 1 year nor more than 5 years, or both.  At least 30 days of the sentence imposed shall be served without benefit of parole, probation, or suspension of sentence.  In a normal scenario out on the streets, this battery can turn into a felony very easily.

For example, a police officer at the LSU football game approaches a fan who is making a disturbance. The fan gets to pushing an officer causing the officer to trip and fall and scrape his leg. The officer may get “medical attention” to put a band-aid on his scrape. This is now a felony charge with mandatory 30 days in jail.

There are ways to defend against battery of a police officer in Louisiana, which may include:

Criminal Defense Attorney for Battery of a Police Officer in Louisiana

Carl Barkemeyer, Criminal Defense Attorney has been defending clients with battery of a police officer charges since 2005. He has successfully defended hundreds of clients. Our practice is a criminal defense practice focused on getting dismissals and reduced charges for our clients. Contact us if you have a new charge.