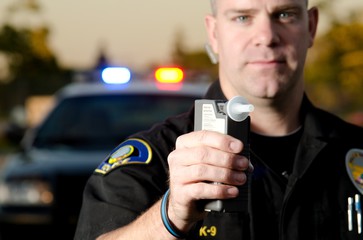 No one wants to end up in a situation where they are pulled over by police. You may have a million reasons for being behind the wheel. Unfortunately, driving while under the influence can have serious repercussions.

Hopefully, you or anyone else did not sustain any serious injuries. Now that you’re past the initial shock, it’s time to learn what happens next.

If you get caught driving while under the influence an officer will probably put you through a series of tests.

You may be familiar with a breathalyzer as a DWI test method but there are actually several tests out there that law enforcement in Baton Rouge use. There are also different occasions when they are allowed or restricted.

Knowing your rights as a citizen will help to protect you when going to court. It will also save you from being unlawfully tested. Here’s a guide to the main ways you can be tested, and also how you’re legally protected.

When a police officer suspects someone of being under the influence of alcohol or drugs, they may first start by performing a Field Sobriety Test (FST). In the case of a driver, this will test the person’s balance, reflexes, and other cognitive abilities.

For example, you may be asked to stand on one leg or walk a straight line then turn and walk back.

They also will use a pencil or small flashlight to perform the horizontal gaze nystagmus test. The officer will look for jerky eye movements, which is a sign of intoxication.

If an officer still thinks the driver is under the influence, they may arrest the person. This could be followed by more scientific tests including blood, urine, or breath samples.

The next test you may need to take is a breathalyzer. In this case, the officer will have you breathe into a breathalyzer, which will determine your blood alcohol content (BAC).

There’s no way to cheat this test. If you have alcohol in your blood then the device will pick up on traces of it in your breath. Louisiana law prohibits a person from driving with a BAC of .08% or higher.

The amount of alcohol that will cause a person to reach this level of BAC varies. It can depend on things such as a person’s size, weight, height, and other factors.

If the driver scores a .08 or less on a breathalyzer, but an officer believes them to be under the influence of some other drug or substance, they may ask you to submit a urine test. This will screen further for alcohol as well as marijuana and other chemical substances.

Urine tests can reveal street drugs such as cocaine and non-prescription drugs. They can also discover prescription medications and use them against you in court. There is still a chance for you to defend your rights in court despite positive urine test results.

It’s important to consult with a lawyer who will be able to defend you. They can also make you aware of the ways that a test may have been unlawfully taken. Plus, urine tests are notorious for being difficult in pinpointing what drug was used and when.

You may be able to defend the results of a urine test since they are known for being inaccurate.

One way that you can be tested is through your blood. There are legal ways that a law officer in Louisiana must take your blood in order for it to stand up in court.

As a U.S. citizen, you are protected by the law from an invasion of your privacy. This includes the government and police. It is illegal for police to barge into someone’s home or listen in on a private conversation.

That’s why it stands to reason that an officer can’t take your blood without probable cause. In order for a blood test to be considered admissible in court, police are required to follow strict guidelines. If any of these protocols are not followed, your lawyer may be able to make a case against the results of these tests.

You must give consent for your blood to be taken. A police officer must also have a search warrant in order to get a blood test. The blood test must be performed by a medical professional. The sample also must be handled in a specific way.

Your blood sample must be sealed and driven to a police lab. The sample’s proper chain of custody must be preserved. Lastly, it must be stored in an evidential refrigerator.

When a blood test is taken it is for one of two reasons. The officer is either trying to get a diagnosis or evidence. If the test is for diagnosis purposes, it cannot be used in court. It must be a test taken for the purpose of evidence.

In the case of a blood test, the sample must be taken immediately before the person’s blood-alcohol level metabolizes.

Keep in mind that there are implied consent laws in every state. When driving a vehicle in any state, you are consenting to be tested if an officer suspects you of driving under the influence.

You could face penalties for refusing to take a blood, urine, or breathalyzer test. The severity of the penalty varies from state to state. In Louisiana, refusing one of these tests could mean your license is suspended for a year or even result in criminal charges if you’ve refused before.

Now that you’re familiar with some of the main DWI tests out there, make sure you stay safe on the road. If you do find yourself heading to court, make sure you don’t go alone.

Having a lawyer with you will ensure that your rights are taken into account. There a many ways that you are protected by the law. Only a professional can offer you the best help.

Want to learn more? Contact our offices for an expert opinion in your area.