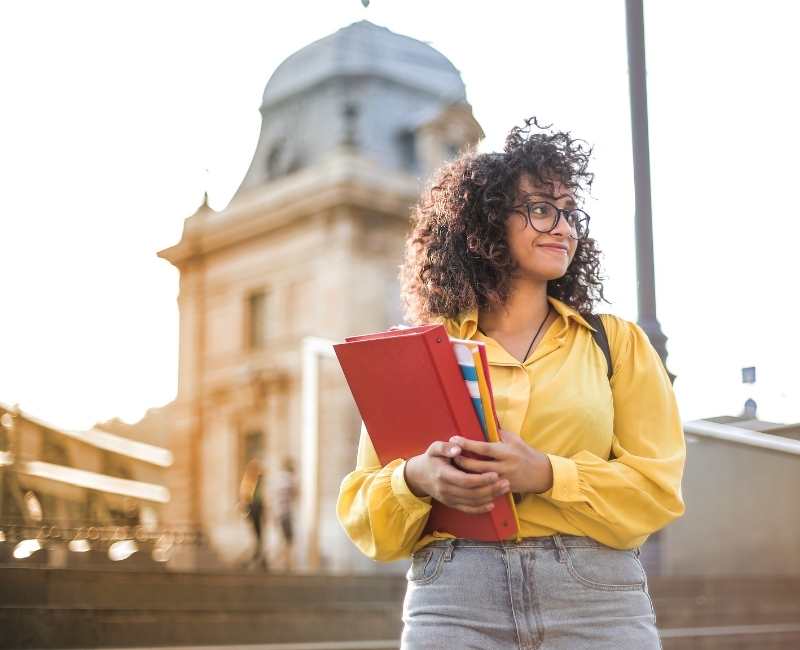 Can I Get into College if I Have a Criminal Record?

Are you wondering – can I get into college if I have a criminal record. Well this post will answer all your questions on the topic.

Louisiana is the first state to make it illegal and prohibit any public university from asking about criminal record history. This was the latest development in the “ban the box” movement on applications for college.

Story: Getting Accepted In College With A Felony

A man who had spent nine years in prison, was released and ready to attend college. He had thirty credits to transfer to a college with a 3.8 grade point average. He had wanted to fill out an application to a college and checked that he had a criminal record. The admission to this college was denied.

It was not until two years later that he would lie on his application and not check the box for criminal records. Then he was accepted into college. However, he could not be the person he wanted to be in society without leaving that box blank.

However, with a new law that has passed in Louisiana, he will never have to worry about lying on an application again. Louisiana has passed a law that will prohibit any public college in the area from asking about their criminal history. Keep in mind there are some exceptions. However, for the most part, colleges cannot ask about criminal history.

The bill when voted on was almost unanimous. Keep in mind that Louisiana has the highest incarceration rate in the country. However, the bill was passed to help those who have done wrong in the past and want to do better for their future. It makes access to higher education easier than it was before. It will benefit many people, especially those who have committed a crime and have a criminal history.

Keep in mind that it is not only going to help those out who have been incarcerated, it is going to help society as a whole. This means that society is getting more members who are willing to work and are educated in the field. Plus, getting out of being incarcerated and going into higher education, is something to acknowledge. It is a huge step to come from a background like that and make the best of a worse situation.

Almost 2/3 of all colleges will collect a background history of criminal records. However, not all schools will consider it when they are doing the admittance process. Over thirty-five percent of all schools have denied at least one person based on their criminal record.

However, those who support banning the box will allow access to a higher education. This is going to help reduce the rates of recidivism. This means that people will not have to lie on their applications to get into a school. It is also shown that African American peoples are punished more often and harshly than those of non-African American decent.

Keep in mind that removing questions about criminal history will encourage people to apply. It will also help them with chances of being accepted. Plus, they will be more likely to apply if those questions are not on the application. After all, two out of every three people with a criminal background will not complete the application after they check that box.

Why Ban the Box?

Getting people to apply is a job in itself. Not many people who are criminals want to apply to college. However, it isn’t uncommon for those with DWI charges to want to attend college.

And those that do have records find it hard to get accepted. That is why ban the box has become a bill. It will ensure that everyone has an equal chance at being accepted. While there are a few different exceptions, people who have a criminal record will no longer have to worry. It will now allow those who have been formerly incarcerated to have an education and increase their chances of success in the working world.

Wrapping Up: Can I Get Into College If I Have A Criminal Record?

If you do not know how to do this, hire the best defense team around to assist you with an expungement process. Carl Barkemeyer Criminal Defense Attorney can help those who are looking to get their criminal records expunged to have a better future and education.

Here is the location of Carl Barkemeyer, Criminal Defense Attorney in Baton Rouge:

You should now have a better understanding of your question – can I get into college if I have a criminal record and we wish you luck!