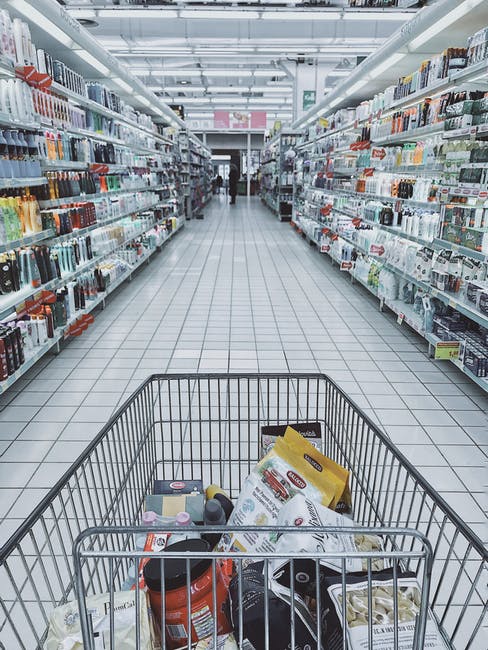 So, you’ve found yourself on the receiving end of the law. You’re not alone– studies show that approximately 30 percent of Americans are arrested by the age of 23.

In this particular case, you’ve been caught for stealing at Walmart in Baton Rouge, Louisiana. Whether you’re actually guilty or not is for the judge to decide, but you’ve got some work to do if you want to clear your name.

Not sure where to start? Don’t worry, we got you covered.

Let’s take a look at everything you need to know about what to expect after you find yourself in this scenario.

What Can I Expect At The Store?

Walmart used to be infamous for its shoplifting policy. But, this all changed in 2017 when multiple courts found that its former regulations were bordering on the lines of extortion.

In the past, if you were caught stealing from Walmart, you could pay a fee (approximately $400-$500 even as a first-time offender) and enter a “program” that’s meant to purge you of your shoplifting ways.

If you declined to participate in the program, your future would suddenly become bleaker as Walmart informs you that they may look to legal action to resolve the issue.

So, the retail colossus was essentially telling people “pay up or you’re going to court.”

This doesn’t mean it’s free reign at Walmart stores, however. You can and will be approached by staff if you’re caught stealing or acting suspiciously. At this point, you’ll probably be wondering…

Can Security Detain Me?

If you’re caught stealing today, you won’t have to worry about the above issue. But, security and loss prevention employees aren’t going to be too happy with you.

If you’ve been caught redhanded or they have probable cause that you’ve been stealing, they may approach you and attempt to restrain you.

Legally, things can get murky here. Can they hurt you? Can they handcuff you? Where do they keep you? These are all questions that may be running through your head.

Security is only allowed to keep you from leaving the premises— they aren’t allowed to harm you or force you to stay in a confined space.

If a security member attempts to detain you, you also have the right to question their grounds for suspicion. They will, however, still prevent you from leaving the property until the police arrive.

What Happens When The Police Get There?

When members of law enforcement arrive, they’ll perform a brief investigation based on the evidence Walmart staff has against you. This could include eyewitness testimony, security footage, missing products, etc.

If the police side with Walmart employees, you’ll be arrested and charged with theft. At this point, you should refrain from saying anything at all and seek legal counsel immediately.

In some cases, the police may not be called. This is especially true if the items in question were of low value.

Instead, Walmart may ask that you pay for the items on the spot or simply put them back. You may also have to sign a form that legally states you confess to shoplifting at that property.

It’s also not uncommon for them to take your photo and subsequently ban you from visiting the property in the future.

Stealing from Walmart doesn’t always involve the stuffing goods into your pants and making a break for the exit.

Let’s take a look at a brief hypothetical example.

David is on his weekly trip to Walmart in Baton Rouge on College Drive for groceries and other necessities. Due to accumulating financial burden, his finances are stretched particularly thin this month.

He knows he has less than $50 in his checking account. But, he needs food for the week for his children, his wife, and himself. He also needs things like toilet paper, soap, etc.

So, he goes about his business as usual. At first.

As he moves toward the front of the store, he walks up to a self-checkout lane. As a result of an employee shift change, there is nobody around him other than fellow shoppers. He scans all of his items, but never pays for them.

He bags everything up and attempts to walk out of the store.

Unbeknownst to David, he was being observed from multiple locations by staff.

After he is confronted and police arrive, they review the security footage. David is seen to be looking over his shoulder multiple times. He ignores the self-checkout screens prompt to pay and bags his goods before leaving the area.

In this case, police would arrest David would be arrested and charged with shoplifting due to his suspicious before as well as being in possession of goods he didn’t pay for.

What Should I Do If I’m Charged?

If you received a summons for theft at Walmart in Baton Rouge, you will have court in either Baton Rouge City Court or East Baton Rouge District Court. It depends on which Walmart you received the charge and the arresting agency that gave you the summons. Either way, we can help.

If the officer tells you to do this or do that or to just pay it and its no big deal, do not take his advice. NEVER take legal advice from a police officer. If he cared so much about you, he wouldn’t give you a theft summons.

Theft Summons is On Your Criminal Record

That theft summons is now on your criminal record. The only way to get it removed is through the expungement process. But, your case must be resolved in a way to make you eligible to file an expungement.  If you just go plead guilty, then you will also have a conviction for theft on your record.

We know how to protect your criminal record and get you eligible for an expungement of the theft summons and/or conviction off your record. But, we must act quickly.

DO NOT wait until your court date.

You should contact us as soon as you get the summons so we can begin to work on your case.

As previously mentioned, you should get into contact with an attorney immediately. Since you’ve only been charged with shoplifting, it’s up to the other side to prove in court that you were at fault. We also have ways of making deals with the prosecutor if you have a poor case.

Mr. Barkemeyer is highly experienced in theft law and has had success dealing with similar cases in the past is your best bet. We will be able to examine your situation and develop the best legal defense possible for your case.

You can click here to get in touch with attorney Carl Barkemeyer in Baton Rouge, Louisiana.

Handling Getting Caught Stealing From Walmart Can Seem Difficult

With the above information in mind, you’ll be well on your way to getting the best legal defense possible after being caught stealing from Walmart.

Want to learn more legal tips that can help make your life easier? Make sure to check out the rest of our blog!