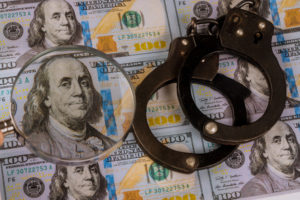 Everyone from a retailer to ordinary people may be deceived unknowingly to accept the fake currency. According to the law, a person who makes use of counterfeit money to pay for goods and services can be arrested as they are committing a crime. However, what if they don’t know that they’re using fake money? Is he/she still committing a crime?

Crimes Involving the Use of Counterfeit Currency

Using fake money is punishable in both state and federal laws. According to federal law, using or attempting to use fake money is considered illegal when it is proven that the person has the intent to fool the recipient. When you get a conviction for this offense, you can serve up to 20 years in prison and asked to pay a fine. It is a very serious matter to get caught using fake money regardless if the feds pick it up or it stays with the State.

On the other hand, if you are producing counterfeit money, it has a similar maximum number of years as a prison sentence. You will also be required to pay a fine. Also, a person in possession of fake money can be charged with similar penalties. However, the prosecutor needs to prove that you had the intent to fool other people. (18 U.S.C. § § 471, 472)

Under state law, you can also be charged for using fake money. Also, even a suspicion of distributing counterfeit cash is considered a crime, and you can be tried for multiple cases. These include fraud, forgery, or other crimes related to theft.

For example, in Georgia, if you’re using fake money, you can be arrested under the forgery stature of the state. In the state, forgery is defined as the creation, modification, or custody of writing made under a fake name to make it seem that it is created with another person. This process can be done by changing the terms or under the authority of another person. If you are the one who is defined as committing an act of forgery, it should be proven that you have the goal to fool other people for you to be found guilty. Also, if you have only delivered the forgery, you will be charged with forgery under the first degree.

What is circumstantial evidence? It is a type of evidence that enables the jury or judge to form an inference to prove what happened.

For example, the judge or jury can assume that you had intended to fool a retailer if the prosecutor has evidence that you had a disguise when you purchased the goods. Also, the prosecutor can convince the judge or jury to make an assumption based on the circumstantial evidence presented (which is your disguise). He/she can also argue that you tried to conceal your identity, so you had the intent of fooling the retailer and distributing fake money.

On the other hand, the judge or jury can still refuse to convict based on the circumstantial evidence presented. Although it is prevalent for the prosecutor to present a CCTV video of you wearing a disguise to fool the retailer, your lawyer can argue that you are merely wearing a costume. Also, he/she can support this by stating that you are on your way to a Halloween party. At the closing argument, your lawyer would encourage the jury or judge to have a logical inference that falls within the theory that you were unwittingly using fake cash. By doing so, your lawyer urges them to acquit you of intentionally using fake money.

If you get charged with using fake money, you can use one or more cases. Like with all other criminal charges, the prosecutor must establish that you committed the crime beyond reasonable doubt for you to be convicted. So, with cases related to counterfeit currency, the lack of knowledge or reason is the most common defense that is raised.

By using this defense, your attorney will convince the jury or judge that you are not aware that you used fake money. Thus, you had no intent to defraud the receiver of the cash. If the counterfeit money was very poorly made, the prosecutor could argue that you knew that it was fake because they were not legal bills.

Also, the prosecutor can contest your defense of a lack of knowledge by presenting the argument that your behavior suggested that you know the money was fake. The prosecutor can highlight that you acted weird when you used the counterfeit currency. It can also be supported by the testimonies of witnesses that you were nervous during the process.

If you got arrested with using fake currency, you should talk to a lawyer as soon as possible. If you get convicted whether, under state or federal law for distributing counterfeit money, you can have a very long time to serve in prison. An attorney will assess your case and look for all the possible ways to defend you. Also, they will guide you throughout the criminal process. It is crucial because there’s a considerable chance that you don’t know how to defend yourself in court. He/she can also protect your rights and make sure that you get the most favorable result for your case.