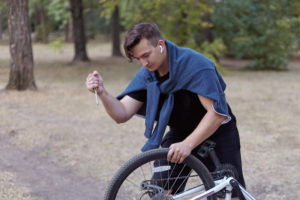 The right to own property is often classified as a human right that entitles every person to the peaceful enjoyment of his possessions alone as well as in association with others. As such, it warrants protection from arbitrary interference of the owner’s right to its use and from various forms of damage caused through another’s negligence or willful destruction which produces injury to another’s property. The person liable cannot escapes the long arm of the law and shall be sanctioned depending on the severity of the damage caused.

In Louisiana, the damaging or destroying someone else’s property without permission, which is considered to be intended or malicious, is commonly known as Criminal Damage to Property and has two distinct classifications. It may either be simple or aggravated. The main distinction between the two is that the latter will include bodily injury during the damage to property or include the intent to harm during the same.

The crime of simple criminal damage to property refers to the intentional inflicting of damage to the property of another, including any dwelling or structure used as a home by a person either as an owner or a lessee through the use of any means except fire or explosion. Under the Louisiana law, the first part of the definition plainly explains what act constitutes the crime while the second part of the definition provides the specific property which can be criminally damaged.

Penalty for Criminal Damage to Property

The penalty of the offender will depend upon the severity of the offense and the value of the damage caused. If it is deemed a felony, the punishment will be stricter than if it was just considered a misdemeanor like the charge of criminal mischief. However, if the damage to property is not attended by malice, bad faith, or an intention to put someone’s life at risk thereby not aggravating the crime, all of the penalties will be lessened since it is considered simple. Thus, if the damage caused to the property is valued at an amount which is less than $1000, the offender may suffer the penalty of imprisonment for up to 6 months or pay a $1,000 fine or both; on the other hand, if the extent of damage is valued at an amount of $1000 but less than $50,000, the offender shall pay the fine not exceeding$1,000 or be imprisoned for not more than two years, or both; lastly,if the value of the property damaged exceeds $50,000,the offender will be required to face a sentence of one to ten years imprisonment and payment of fines reaching up to $10,000. In addition to the foregoing penalties, the offender may be ordered by the court to make restitution or restore the property damaged to its former state prior to the commission of the act without prejudice to the right of an indigent offender to a payment plan that is consistent with his ability to pay.

Essentially, simple criminal damage to property is when a person, who is not the owner thereof, causes damage or injury to someone else’s property without the latter’s consent. If the offender, on the other hand, is motivated by ill will or malicious intent to cause bodily injury or damage someone’s property in such a manner that it would result to physical harm to the owner, the crime is aggravated, and a law reserves a much more stringent penalty for such act. The definition of aggravated criminal damage under Louisiana state law provides that it is when a structure, watercraft, or any movable is intentionally damaged and the foreseeable natural and probable consequence thereof is the endangering human life by using means other than fire or explosion.

In order to be held liable for such, the following elements must concur: (a) that there is damage to any structure, watercraft, or movable aside from homes or offices; (b) that such damage is intentional; (c) that the offender must have known that danger to human life was a natural and probable cause of his act; and (d) that the damage is caused by means other than fire or explosion. It must also be noted that it is a condition sine qua non that the prosecution must be able to prove that the bodily injury or harm to human life was foreseeable and a reasonable consequence of the actin order to be prosecuted under this crime otherwise the charge against the offender would be downgraded to mere simple criminal damage to property.

Being more grave of an offense than simple criminal damage, aggravated criminal damage to property is punished more severely than that of the former offense. Any person found guilty of the latter shall be sentenced to imprisonment for a period not less than one nor more than fifteen years or to pay a fine not exceeding $10,000, or both.

One specific type of criminal property crime is Criminal Mischief which is considered a misdemeanor in Louisiana. Nevertheless, it is punishable for up to six months in jail. It is one of the broadest criminal laws in Louisiana and in the nation because it mainly involves any sort of common mischief that can cause unrest or danger to other members of the public. An example of which is driving nails over one and one-half inches in length into trees belonging to another. Unless the nails were driven with the owner’s consent or were later removed from the trees, the offender would be held liable.The statutes provide that the punishment of such an act was not based upon aesthetic considerations but was largely for protection of the lumbering interests.It was necessitated by the fact that large nails prove particularly injurious to saw blades and other lumbering equipment.

Damaging someone else’s property, interfering in its use, or impairing its value, usefulness, and normal function has always been perceived as a very serious offense as it negates the basic principle and right of every human person to the ownership and possession of the property. For this reason, punishment must be meted in order to vindicate the right of a person who owns the property which has been violated.

If you need a defense attorney in Louisiana for criminal damage to property, call Carl Barkemeyer at 225-964-6720.