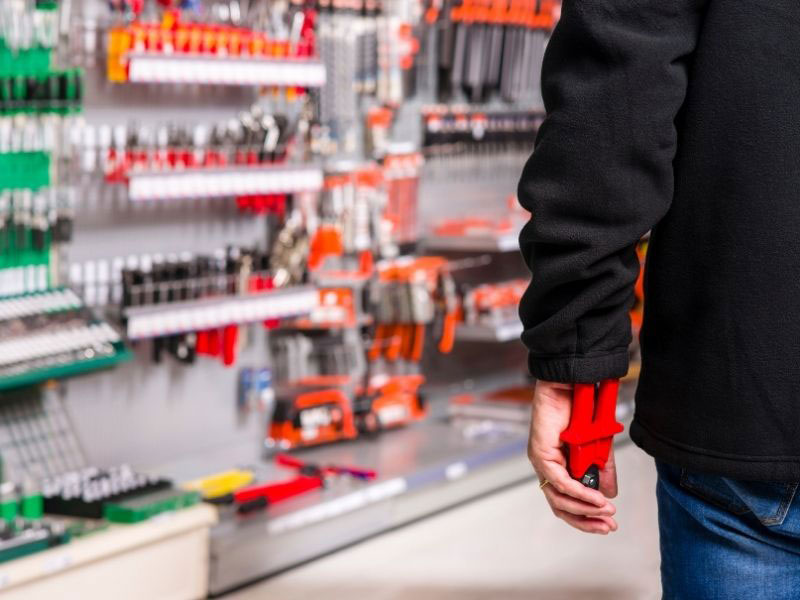 Does Walmart Prosecute Shoplifters in Louisiana?

You may be wondering does Walmart prosecute shoplifters in Louisiana. Shoplifting occurs in many ways. Walmart is one company that is often targeted. However, stores are becoming more aware of those who are trying to play the system. While shoplifting seems to be one of the easiest ways to obtain an item, you do not know who is watching. People are often arrested in Louisiana for shoplifting at Walmart.

PRO TIP: Read this great post to learn will I go to jail for shoplifting?

Shoplifting is not always black and white. There are many distinct aspects of shoplifting. The first is obviously taking something without paying for it. However, there are a few other things that also constitute as shoplifting.

Moving an item can be considered shoplifting. For example, you grab a bottle of soda and drink it and place it on a shelf when you are done. You may not have any evidence on you that you had drank that soda and put it there. However, the cameras see you walking through the store drinking a soda that you will not pay for. This counts as shoplifting.

Another form of shoplifting could be altering price tags. This can be done by putting a price tag from an apple on a steak. You will be paying for something, just not the price that is expected to be paid. If you are at all altering the price or price tag in any way, you can be charged with shoplifting. Even before you leave the store.

Lastly, transferring is considered shoplifting. This means that you are putting goods into another container so that you are only paying for one item instead of several. This is called transferring items/goods and is punishable by law.

What If I Get Caught Shoplifting?

When Walmart ends up catching a shoplifter, they will arrest and press charges. Keep in mind just because this case is from Walmart, does not mean it will be a slap on your wrist case. It will be a large case because Walmart can press charges.

Many people will believe that they have gotten away with shoplifting just to find out that a security camera ratted them out. Walmart will prosecute if they see someone stealing on surveillance cameras.  If you are caught shoplifting at Walmart, a lawyer will be necessary. It will not be an easy case without the best defense attorney.

Keep in mind that Walmart has a shoplifting policy in place, and they are going to follow that policy to a T. Walmart will go after those who shoplift with all they have. This could land you behind bars for years if convicted. Keep in mind, the more that is taken (value-wise) the more you will be punished.

The First Steps To Dealing With Walmart Shoplifting Charges

While Walmart is not always quick to pull a court case, they are quick to ban you from stores. Keep in mind that people are banned from the store only in situations where the items were not of extreme value or the items were returned.

People can become banned for 24 hours or their entire life. However, that does not mean you cannot shop at Walmart ever again. All you need to do is go to a different location. They are not going to recognize you there. Keep in mind that if you shoplift at another store while banned, it will not be a good situation for you.

If you are recognized and steal from Walmart again, then you will be charged. In this case, you could be charged with trespassing and shoplifting. These can be felony charges. It is not recommended to enter Walmart after being banned because if a Loss Prevention Agent recognizes you, they can have you arrested.

Even if you are not caught by Walmart, the police will find you if Walmart reports the items missing or checks surveillance and sees shoplifting. Each time Walmart makes a report, they will send the surveillance footage to the police. This allows the police to find you and knock on your door with the charges.

The police will then determine how much was taken. This will determine if you are going to face a felony or misdemeanor case. When you get this citation, you will have a date that you will need to appear in front of the judge. This is where you will need to ensure that you have the best defense attorneys on your side. Barkemeyer Law Firm has you covered.

As stated, just because you have left the store with an item, does not mean that it will not come back to bite you later. It is essential that you hire the best attorneys around to defend you against your Walmart shoplifting case.

Without an attorney, you are going to be going at this alone and there are many grey areas for a defense team to use. Attorneys are great at finding these grey areas to help improve your odds of not facing a felony charge.

If you are being charged with shoplifting at Walmart in Louisiana, consider hiring the best criminal defense attorney in the area. Carl Barkemeyer, Criminal Defense Attorney handles shoplifting charges all the time. We can help you with any charges you may be facing and offer you the best outcome.

You should now better understand the question does Walmart prosecute shoplifters in Louisiana and we wish you luck with your situation.