Everyone knows that drinking and driving can bring trouble from the authorities. But what happens when you are told that your case is DUI or DWI, what does that mean? Are these terms the same? Do you need a DUI or DWI attorney if you are charged for drunk driving? In this article, we will find out the difference between driving under the influence (DUI) and driving while intoxicated (DWI).

In most states driving under the Influence under influence (DUI) and driving while intoxicated (DWI) means the same thing. However, in some states it is different. But in all states driving under the influence of alcohol or drugs is a crime as it puts the driver and others in danger. Plus all states take this crime seriously. So it is better to hire the best DWI attorney in Baton Rouge in case you are charged with DWI or DUI.

A.(1) The driver is operating of any motor vehicle, watercraft, vessel, or other means of conveyance while

(a) The driver is under the influence of alcohol or drugs; or

(b) The operator’s blood alcohol concentration is 0.08 percent or more; or

(c) The driver is under the influence of any controlled dangerous substance listed in Schedule I, II, III, IV, or V; or

(d)(i) The driver is under the influence of a combination of alcohol along with drugs that are not controlled dangerous substances. 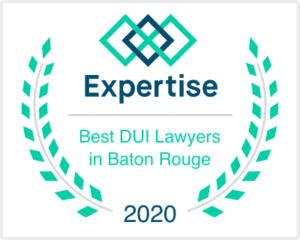 Carl Barkemeyer may be the best DWI attorney in Baton Rouge who will help prepare a defense strategy so that you can walk away blameless from the charges. He and his team will access every aspect so that they can defend you. They will use various methods to prove your innocence in court. Barkemeyer is very detailed and professional in his work. You should never go and face the charges alone in the court because the penalties for DWI are harsh. You will not be able to handle the prosecutors alone hence It is better to have an attorney who will work to defend you.