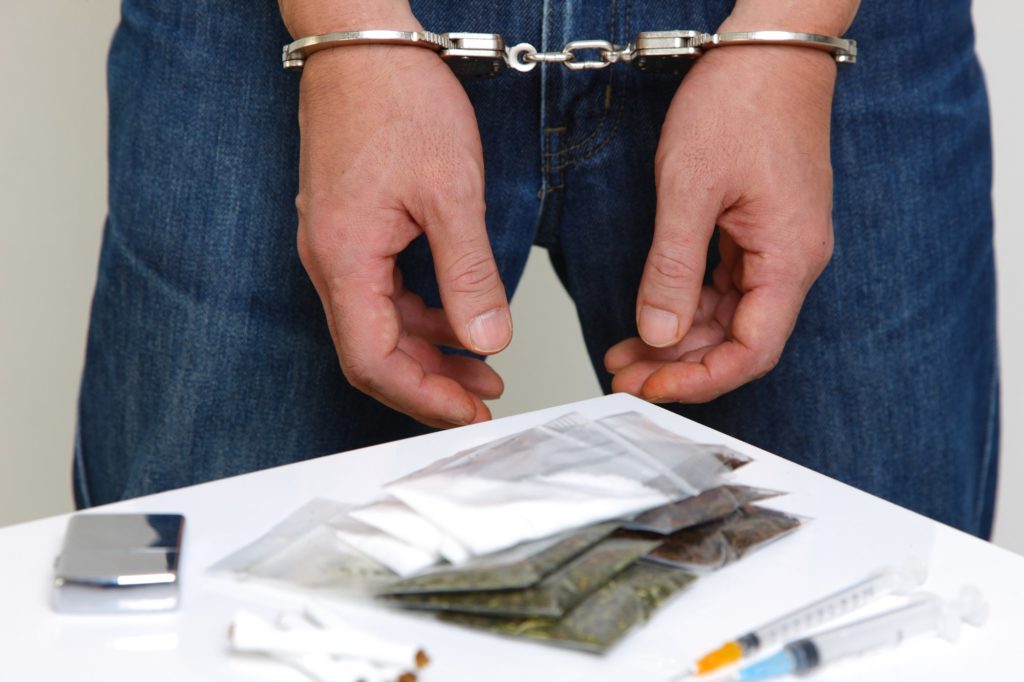 In this article, we will answer some of your frequently asked questions about drug charges.  Drug charges are extremely serious, and it can be frightening to find yourself in the crosshairs of the law. Unlike a first offense DWI charge, drug charges often can have a heftier punishment. While both types of crimes (DWI and drug charges) are serious, there are more intricacies when it comes to getting charged with something like drug possession or distribution.

For this reason, it’s important that you know as much as possible to be able to mount the best defense possible.

Here Are Some Commonly Asked Questions About Drugs And Drug Charges

What is a Drug Charge?

A drug charge is a criminal charge that is made against someone who has been caught in possession of illegal drugs. Drug charges can be made against individuals or organizations that manufacture, sell and deliver drugs.

What Happens If I Am Charged With a Drug Offense?

If the court deems you a threat to the community or at high flight risk, they can deny you bail. Otherwise, they order you to deposit a certain amount of money with the court, called bail, in order to achieve your freedom. If you fail to show up to court, that amount of money is forfeited and a warrant will be issued for your arrest.

Over the next weeks and months, your attorney and the prosecutors will negotiate the charges against you. The vast majority of cases are resolved with a plea deal or dismissed, but if the defense and the prosecution cannot come to an agreement, the case will go to trial and be decided by a jury with proceedings overseen by a judge. Based on the outcome, you will receive either a guilty or not guilty plea. If you are found guilty, the judge will sentence you to the punishment he or she considers appropriate.

PRO TIP: Learn more about the symptoms of drug use on this page here.

What Types of Penalties or Punishments Can I Receive If I Am Convicted of a Drug Charge?

There are four different types of penalties that you can receive if you are convicted of a drug charge:

a) Fines– A fine is a monetary penalty imposed by the court system. The amount of the fine will vary depending on the severity of the crime. For example, if you are convicted of a first-time offense for simple possession, then the fine will range anywhere from $100 to $500 dollars. However, if you are convicted of selling drugs, then the fine can range from $2,000 to $20,000 dollars. Any fines received for a drug charge can be paid off through community service hours instead of in cash.

b) Community Service– This type of punishment involves performing unpaid labor for the benefit of the community instead of receiving a monetary fine. You may be required to work anywhere from 100 to 300 hours if you are convicted for a drug offense and sentenced to community service hours instead of fines.  Community service hours usually involve cleaning up public areas or building community facilities such as parks and schools.

d) Probation– Probation is an order given by the court system that tells the person being convicted that they must obey specific rules set by the court system for an allotted amount of time or they will face jail time or fines along with any other punishments ordered by the court system prior to their conviction and sentencing for their crime. Probation sentences usually last between one year to three years depending on how severe your crime was and how many previous offenses have been committed before being convicted for your current offense. Also, it’s really important that you not miss probation as you can get in serious trouble and end up in jail.

What is Drug Court?

Conclusion- What Should I Do if I am Charged With a Drug Offense?

If you are charged with a drug offense, it is important to contact a criminal defense lawyer as soon as possible. An experienced criminal defense attorney will work hard to protect your rights and defend you against the charge. Carl Barkemeyer, Criminal Defense Attorney in Louisiana is a top-rated law firm that can help you with any type of drug crime. Their address is 7732 Goodwood Blvd suite a, Baton Rouge, LA 70806.

They will negotiate with prosecutors in an effort to get your charges reduced or dismissed altogether. They will be able to answer any frequently asked questions about drug charges and defend you and your rights!