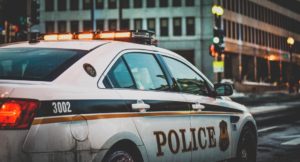 Drinking and driving laws vary from state to state with some being more aggressive than others. It is a good idea to always know the laws and punishments for where you live or are visiting if you intend to drink and then get behind the wheel of a car.

Louisiana is ranked #14 when it comes to strict DUI laws. Driving under the influence can have harsh penalties in this state.

Let’s take a look at Louisiana DWI laws, the offenses, how they are prosecuted and the long term consequences.

The Legal Definition of Intoxicated (What is a DWI)

Before diving into the specifics of the law, it is wise to have an understanding of the legal definition of intoxicated. It is not based on how you feel or even your motor skills; there is a very specific measurement used.

While it is true that alcohol affects people differently, there is a legal standard when it comes to charging and prosecuting a DWI. The term used to measure alcohol in someone’s system is BAC (Blood Alcohol Content). An individual is deemed intoxicated if their BAC registers 0.08% or higher when driving a personal vehicle. The limit for a commercial vehicle is 0.04%.

Alcohol is unique in how it is processed in the body. Unlike food, it is not broken down by acids in the stomach and pushed on through to the small intestine. As soon as it reaches the stomach, the body immediately starts to rid itself of it and the alcohol is absorbed through the lining of the stomach and goes directly into the bloodstream. This means that alcohol can be detected in the blood within minutes of the first drink.

Obviously, that does not mean a person is intoxicated in those first few minutes, but it does show how quickly it shows up. The more a person drinks, the higher the BAC climbs. It is not masked or reduced by coffee, food or exercise. The only way for it to go down is when the liver metabolizes the alcohol and pushes it out of the body. A healthy liver can process about one ounce of alcohol in approximately one hour.

Keep in mind also that one ounce of alcohol does not necessarily mean one drink. Depending on the drink, or the size of the glass, one drink may technically be considered two or more.

After you have been charged in Louisiana with a DWI you have only 15 days for your lawyer to petition for a hearing to save your driver’s license.

The first time you receive a DUI in Louisiana it is considered a misdemeanor. You face up to six months in jail and possibly a fine up to $1000. Your license may be suspended for up to 12 months. This could increase to two years if your BAC is 0.20 or higher.

You may apply for a restricted hardship driver’s license and you could be required to install an ignition interlock on your car to check your BAC before it starts.

The second DUI is handled almost the same as the first and is still considered a misdemeanor. You could be sentenced to a longer time in a Louisiana jail, but it will not exceed six months. You could lose your license for a year and it will be extended to four years if your BAC is 0.20 or higher.

The ignition interlock will be required when your license is reinstated and the community service, substance abuse program and driver education program are all still on the table.

You should also keep in mind the effect a DWI will have on your car insurance.

Is a DUI a felony? Yes, if you reach third conviction is a more serious situation and considered a felony. You could be fined up to $2000 and have to spend five years in jail.

Your license will be suspended for three years. If you volunteer for a DWI program you may be eligible for the ignition interlock system after 45 days of suspension if you qualify for a restricted driver’s license. A substance abuse program may be enforced and you could lose your vehicle.

By the time you have reached four DUIs, there are steep penalties. The fines will be increased to $5000 and possible jail time jumps to 30 years.

You will lose your license for two years and possibly your car. There are other mandatory programs such as six weeks of inpatient and a year of outpatient substance abuse treatment.

For example, if someone had their first DWI in 2013 it would count until 2023. Another DWI in 2019 would then be considered their second offense.

Getting a Lesser Sentence

With your first DUI, it is possible to make a plea bargain. This can depend on the circumstances surrounding the arrest, if your BAC was close to the limit and also the prosecutor.

The reduced charge is typically called ‘wet reckless’, which is basically a reckless driving charge including alcohol. You may still lose your license, but the penalties should not be as harsh.

Louisiana DWI laws carry some stiff penalties and there is a lot of information surrounding all of the variables. It can be confusing on what to do especially in such a stressful time.

Having an attorney who specializes in these types of cases and knows the laws extensively will give you the best chance to put all of this behind you.

For information on how we can assist you, please reach out.