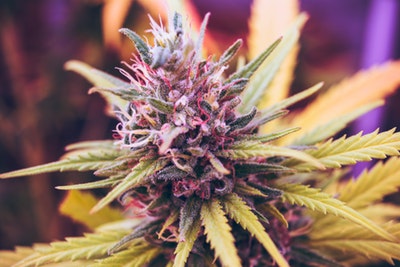 There is good news regarding Louisiana marijuana laws in 2018.

As recently as June 2018, marijuana laws changed, making the drug legal under certain medical circumstances and with a prescription.

A list of only 10 conditions qualify for medical marijuana in the state, but it’s a new step toward legalization along with 30 other states.

Still, possession of weed is not legal without a prescription. If you’re wondering about the specifics about Louisiana drug possession laws, read on.

What is Weed or Marijuana?

The first thing we need to cover is what the law defines as weed or marijuana.

All parts of the cannabis plant and any form of the plant extracted or manipulated, such as oils, resins, or the seeds all count as weed or marijuana.

This is important as what someone has been charged with depends on the definition of what they’re carrying by law.

Is Weed Legal in Louisiana?

As we’ve covered, Lousiana has joined many other states by making weed legal for specific medical purposes and only with a prescription.

It’s still illegal outside of those conditions.

There are only about nine states where weed is completely legal for recreational uses, such as Alaska, Maine, and California.

What Are the Penalties for Carrying Weed in Louisiana?

The penalties can range based on how much and if the person has any prior convictions. It’s important to understand what to do when faced with a drug possession charge.

First and second offenses for carrying marijuana is considered a misdemeanor in Louisiana. This can mean you might still be faced with a fine of up to $300, not to mention it’s still a drug charge on your record.

From the third offense or more, carrying weed in Louisiana becomes a felony. This can mean up to two years in prison and larger fines.

With Louisiana weed laws, carrying large amounts (2,000 pounds or more) and distributing weed to others can carry much larger penalties still.

It can depend on other factors, but someone could be looking at 20 years in prison or more.

A Permanent Mark on the Record

Even though Louisiana marijuana laws have recently changed — and may still change in the future — the mark it leaves on your record is difficult to remove.

It doesn’t matter if it’s your first, second, third, or fiftieth offense, possession of marijuana in Louisiana will leave a permanent drug charge on your record.

This is troubling for many reasons.

Buying or renting a new house? Applying for a new job? Anyone will be able to search your record and find this charge.

This is a big reason why many charged with weed possession should seek help to either remove charges from the record or lessen the damage.

Many people are naturally curious about Louisiana marijuana laws, especially after some of the recent changes.

The good news is that the laws have expanded to legalize weed for specific medical conditions and with official prescriptions. Even so, it is illegal for recreational purposes and people can still be fined or even arrested for possession.

If you need help understanding the penalties for this charge or if you’re facing a possession charge yourself, feel free to contact us right away for help!