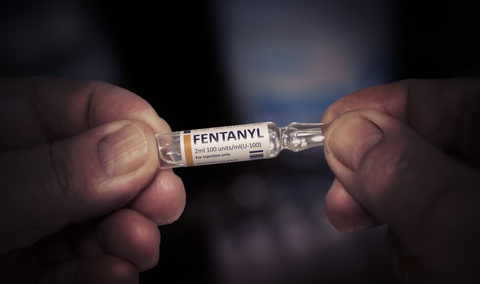 More Illegal To Sell Drugs Than Ever

The extra responsibility is assumed by making the laws stiffer if the buyer overdoses but does NOT die. If the buyer or receiver of the drug dies, that is a second-degree murder under La. R.S. 14:30.1 (A)(4). Before this law, if the buyer didn’t die, there wasn’t much the police and prosecutor could do about prosecuting. Now, if the buyer suffers “serious bodily injury,” the dealer could be prosecuted and if convicted, face many years in prison.

The law defines “serious bodily injury” in La. R.S. 14:2 as bodily injury which involves unconsciousness; extreme physical pain; protracted and obvious disfigurement; protracted loss or impairment of the function of a bodily member, organ, or mental faculty; or a substantial risk of death. Therefore, if the buyer overdoses, he/she loses consciousness. That would qualify under the provision, making the dispensing of the heroin or fentanyl a crime of violence.

The new law does not require that the drug dealer specifically intend that the buyer take the heroin or fentanyl then have an overdose. The new law is saying that if the dealer dispenses the heroin or fentanyl, and the buyer overdoses, then the intent requirement is satisfied. Essentially, by giving the drug to the buyer, the dealer knew or should have known that the buyer could overdose. That is the thinking of the legislature.

Not Just for Drug Dealers

This law pertains to everyone who gives someone else heroin or fentanyl. “Distribution” of drugs does not mean the distributor is a drug dealer and got paid for the drugs. It can mean that but it can also just be the frat guy who let his girlfriend take a hit. He distributed the drugs to her. She didn’t pay for it but that doesn’t matter. So, if she overdoses, he could get hit with this charge and his life would be ruined.

The reason this new law has teeth is because of three reasons. First, it makes the act of giving someone fentanyl or heroin, then they OD (but live), illegal. Second, it makes the penalty very severe because the sentencing range is 5-40 years in prison without the benefit of probation or parole. That means that the judge must sentence the defendant to at least 5 years in prison and the defendant cannot get probation. Nor can he get regular parole which would drastically reduce his time in prison. Third, it makes the violation a crime of violence, which also increases his time in prison before being released. Currently, inmates must serve at least 65% of their sentence before being able to parole.

On its face, the new law has teeth and seems like it could cause stress to the average heroin dealer. But where the legislature has gone wrong and where most new laws go wrong is that they increased the punishment. Increasing punishments for laws never works to deter the crimes. It is only for show so they legislators can show their constituents that they are trying to do well and fight crime. Unfortunately, most people that commit serious thought-out crimes do not care about the consequences. That isn’t even a factor in their business model.  Drug dealers just don’t want to get caught. They aren’t thinking, “oh if I sell this heroin, and this chick overdoses, I might have to do 5 years as a violent offender.” He’s just looking for the sale.

This is where it gets tricky for police and prosecutors. If a drug dealer sells some heroin or fentanyl to someone who overdoses, he could be arrested and prosecuted. However, by the time the overdose occurs, the dealer is gone. After the paramedics arrive, administer the Narcan, take the user to the hospital, call the police, then interview the user, a lot of time has passed. The user may not be able to even know how to tell the police where the dealer is if the user even wanted to. For the most part, the only people who will get prosecuted for this will likely be the frat guy scenario because it’ll be easy for police to get their hands on him since he had a personal relationship with the user and the user doesn’t fear for her life by identifying him.

This is where our law firm comes in. We represent the frat guy or dealer that gets accused of these charges. We examine the prosecutor’s case to see if they can prove what they are alleging. We look to see if the police conducted a legal and proper investigation. If there is a good case against our clients, we work to minimize the damage to our clients by negotiating with the prosecutor. If you need our help, feel free to reach out.