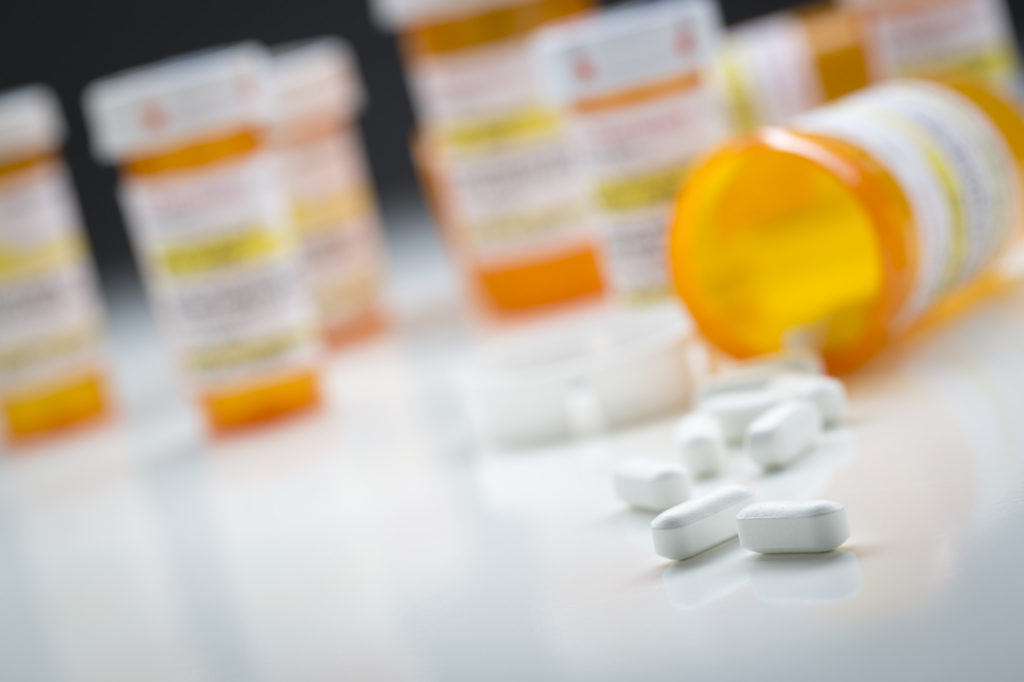 Regardless, hiring a lawyer should be your top priority. They can champion your interests and protect you against overzealous prosecutors.

In many cases, a possession charge carries a six-month jail sentence and a fine. However, you could end up with a multi-year sentence, especially if you don’t have legal representation.

This article will show what happens if you’re in possession of prescription drugs not prescribed to you. Let’s explore.

You can get up to five years in prison for the possession of a legend drug. A legend drug is any drug that requires a prescription to use.

Additionally, you may receive harsher penalties if the drug is considered more addictive. The drug categories break down as follows:

The same types of sentences apply to manufacturing and distribution. Generally, possession of prescription medication amounts to a third-degree felony. Third-degree felonies usually carry sentences of up to five years and a $5,000 fine. Also, the number of pills you have may determine the sentence.

The charges also depend on the local courts. For example, a judge in Baton Rouge may impose a different sentence than a court in Livingston or Ascension. Therefore, hire a Louisiana lawyer who is familiar with the local courts.

Will I Face Federal Charges?

What Should I Do If I’m Charged with Illegal Possession?

If you’re arrested for the illegal possession of prescription drugs, contact an attorney immediately. A lawyer can advocate your cause and craft a viable defense.

The possession of illegal drugs may not carry any jail time. However, there’s a high chance of jail time, especially if you have multiple types of drugs in your possession.

Additionally, you stand a higher chance of beating the charges with an attorney’s help. After you’re arrested, you should take the following steps:

When you’re charged with a crime, you have a right to a lawyer. Don’t cooperate with investigators under any circumstances.

They’re looking for any evidence that builds a case against you. They’re not your allies. Your attorney is your only advocate. If investigators try to cajole you into cooperation, invoke your right to remain silent, and request an attorney.

Should I Get a Public Defender or a Private Attorney?

A possession charge isn’t as serious distribution charges, but you still need quality representation. Many defendants choose public defenders to handle their cases.

The problem is that many public defenders contend with many cases at once and may not devote full attention to your case. You may also get an inexperienced defender who mishandles your case.

In other cases, you could get a longer sentence if the public defender failed to negotiate properly.

Conversely, a personal attorney can devote more resources and personal attention to your case. They can also involve additional staff members from their law firms if necessary.

What Type of Attorney Should I Find?

Private attorneys are better than public defenders, but you need the right lawyer for the job. Avoid hiring general-practice attorneys who have little to no experience in prescription drug cases.

You’ll need a lawyer who can navigate drug courts with ease. More importantly, find an attorney with a solid track record of winning cases. Find an attorney who has handled cases matching your circumstance.

Above all, an attorney should be open and honest about your plight.

How Seriously Does Louisiana Take the Possession of Prescription Pills?

The possession of prescription pills isn’t a serious charge in Louisiana, but it can carry stiff penalties. The penalties are harsher based on what type of drug you have and how much you have. Even if you have a small amount, you should still hire an attorney.

An drug attorney can present your case to a judge or jury in a compelling manner. If necessary, they can also negotiate with prosecutors to get you a favorable outcome.

Were you in possession of a legend drug without a prescription? Click here to how you can find the best lawyer for your case.