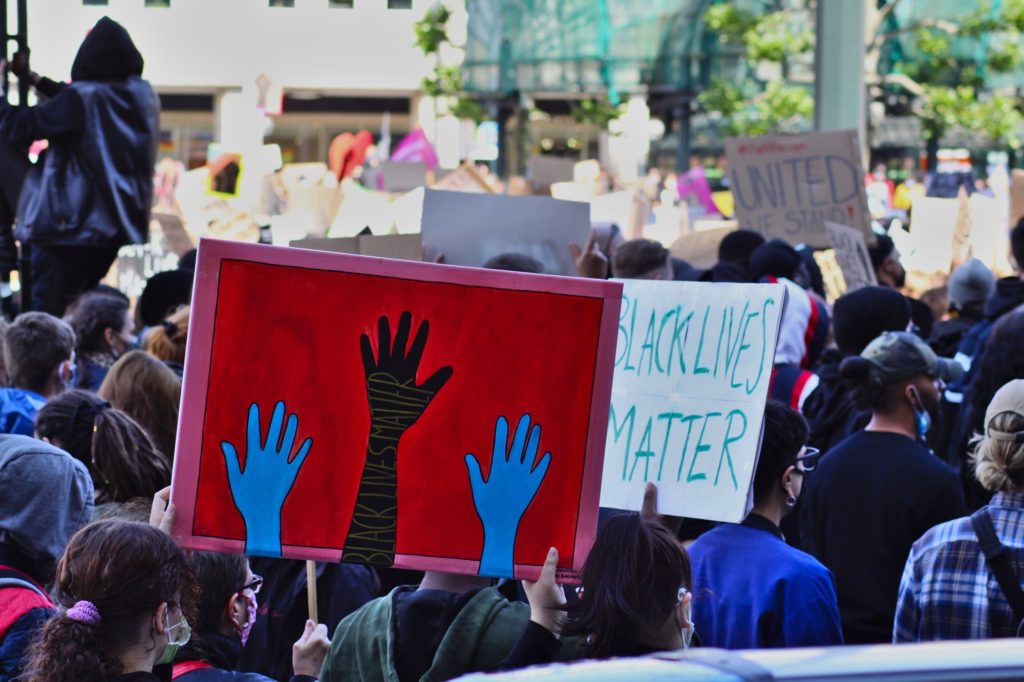 With the state our country is in right now, no one can claim ignorance about why the number of protests has risen. From George Floyd to Breonna Taylor, daily microaggressions to daily murders, white supremacy has never been louder. If we want that to change, it is our responsibility to rise up and take action.

Unfortunately, not all people see it this way. Indeed, some cities, counties, and entire states have begun to classify even the most peaceful of protests as illegal actions.

If you live in Louisiana and want to exercise your right to protest without fear of being arrested or legal action, here’s what you need to know.

Why Are Protesters Arrested?

The first thing to keep in mind is the reasons why protesters are arrested. On a global scale, we can attribute it to systemic racism and corrupt authorities, but that doesn’t provide much help on an individual level.

To avoid arrest or criminal charges, you need to understand the kinds of activities that cops and other legal authorities look for.

The most common reason people are arrested at protests is disorderly conduct. Disorderly conduct can take any number of forms, but, in relation to protests, there are a few things that cops single out. These include making excessive noise and blocking public accessways (ex. roads, sidewalks, building entrances).

Another form of disorderly conduct is unlawful assembly. To avoid this, your best bet is to make sure that the person who organized the protest filed all of the proper permits. You also need to make sure that that person has copies of those permits in case law enforcement officers ask for proof.

If you see a member of your party actively participating in either of these activities, stop it as quickly as possible and rectify the situation (i.e. clean the graffiti, return stolen items).

If you see an unaffiliated person doing this, suspect foul play rather than support, and distance your group from him or her as much as possible. The more reasonable proof you have that you and your protesters haven’t participated in vandalism, the better your case will be.

Property damage can also fall under the category of criminal mischief. In broad terms, this is any knowingly and purposely action to destroy or damage someone else’s person or property. This could be anything from dropping trash on someone else’s yard to setting off a bomb in a public area.

Despite covering many of the same acts as property damage, including graffiti “tagging”, criminal mischief typically receives higher penalities. In Louisiana, this usually means more excessive fines. If the judge feels particularly harsh, though, it could include a misdemeanor charge of up to 1 year in jail or a felony charge of up to 7 years.

What Can You Do If You’re Arrested?

Following these steps isn’t always enough to guarantee that you’ll avoid arrest. If even one person at the protest steps out of line, the whole group can face repercussions. It doesn’t matter if that one person is participating in the protest or actively looking to start trouble—intent won’t change officers’ minds in the moment.

If you’re arrested, the first thing you need to do is voice your right to an attorney. Maintain as calm a demeanor as possible, but make sure to request this right loudly and publicly. Having witnesses both within and outside of the police force arresting you will only help your case.

Make sure that they understand you aren’t going to settle for just any lawyer, too. Your right includes the right to your own personal attorney, not a state-appointed one.

Once you’ve voiced that right, you need to keep exercising it. In other words, don’t say anything, positive or negative, while you’re being detained. Even if you don’t think it could be, anything you say could be used to incriminate you later. The best way to avoid that is to refuse to speak at all.

Once your attorney arrives, the most important thing you can do is take their advice. You might not like what they tell you, and you might not agree with it from a moral perspective, but lawyers know how best to keep you out of legal trouble.

This is why it is vital that you hire an attorney you can trust. If your lawyer suggests something you don’t agree with, you need to know that that suggestion comes from someone who wants to help you. The last thing you need to deal with when battling legal charges is concern about your lawyer’s allegiances.

Even if you follow these suggestions to a “T”, it is, sadly, still possible for you to find yourself in legal hot water. If you plan on staging or attending a protest, make sure you’re covered just in case the worst should happen. Having a lawyer on your side can make the proceedings much easier.

If this applies to you, or you know someone who has been charged or arrested for protesting, Carl Barkemeyer is the attorney for you. Check out his blog for more legal help and to find his contact information. You’ll be relieved that you did.