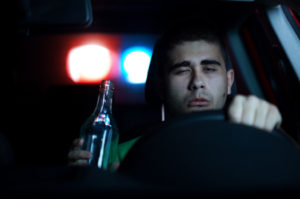 While most people do not know, public intoxication is a huge offense in Louisiana and also in some of the other states of the country. Depending on certain factors that are taken into consideration, offenders may be required by the presiding judge to either spend a couple of months in jail or pay a huge fine. While most people may not actually see what’s bad with spending time in jail, it is important that you bear in mind that it has a devastating effect on your personal and professional life. Also, the fine you may be required to pay may take a toll on your personal savings and would definitely affect how you live your life. To prevent these from happening to you, there are a couple of things you need to take to heart about public intoxication.

In this piece, we’ll take a look at some of the things you need to know about public intoxication and how you can protect yourself and loved ones if they ever find themselves in that situation.

In most parts of the country, an individual is charged with public Intoxication if they are intoxicated in a public place and may endanger their lives or that of those around them. According to the laws Louisiana, intoxicated is defined as not being able to use the physical and mental faculties as they should be used. This simply means that an individual who is unable to walk to talk properly as a result of alcohol consumption, drug, or any other substance that has the ability to produce the “high” effect has violated the law and will be charged with public intoxication.

Public intoxication laws basically require that the offender is under the influence of drugs, alcohol, or any other controlled substance of any sort (this could be said to include inhalants like glue or paint thinner). According to the law, individual that is intoxicated as a result of prescribed medication is not charged with the case.

While it is clearly stated that individuals that are under the influence of alcohol, drugs, or other controlled substance are charged with this case, you will find it surprising to know that how it is proven that the individual is under the influence of these substances mentioned is a different matter. The laws of Louisiana rarely require a chemical or blood test to be carried out on the offender. Surprisingly, the testimony or words of the officer who made that arrest and that of other witnesses who saw how the offender behaves may be used by the jury to ascertain that the offender or defendant was intoxicated publicly. Some states in the country do not actually require that a defendant be intoxicated publicly, they can be arrested and presented in court if they appear to be intoxicated. This simply means that most officers will not wait to confirm if you are truly intoxicated before making an arrest and presenting the case before a jury.

To ensure that you do not have to experiences this, there are certain measures you have to take. First, you need to hire the services of an experienced and well-trained criminal defense attorney who’d represent and appeal your case in court.

According to the laws of Louisiana, the individual or offender must be seen intoxicated in a public place and not in his or her residential apartment. When it comes to public places, most people are confused and that is why the laws clearly mentioned a few of the places that can be classified as public. They are; sidewalks, parks, streets, stadiums, recreational centers, etc. In most states of the US, restaurants, and bars are considered public places because they are open to the general public. Defendants may also be punished if they are seen intoxicated in areas that are not public places but are private properties. This simply means that an offender may be arrested if seem intoxicated in a private property without the consent of the owner. To explain better, causing disturbance when walking across a private lawn can be classified as public Intoxication since it is done on private property without the consent of the owner.

Before a defendant is arrested by police officers, they must have probable cause. First, the police take a closer look at the situation to determine if it is a probable cause and if it can lead to the potential loss of life or damage of property. There are a couple of factors that are taken into consideration when it comes to determining whether an individual is publicly intoxicated.

Generally, mere public intoxication does not warrant an arrest, that is why the police will have to ascertain if the individual is capable of hurting himself or others around him.

To ensure that you do not have to spend time in jail because of being publicly intoxicated, it is best that you hire the services of a well-trained and experienced Louisiana defense attorney to represent your case in court. Carl Barkemeyer may be the best criminal defense attorney in Louisiana for your case. He has extended his services to defendants anywhere in Louisiana. He has set up a team of well-trained, experienced, and well mannered Louisiana criminal defense attorneys who are capable of representing you in court for disturbing the peace by public intoxication.

While they do not promise their clients 100% victory, they will do all in their power to ensure that you walk out a free man or woman.

For more information on public intoxication in Louisiana, click here.