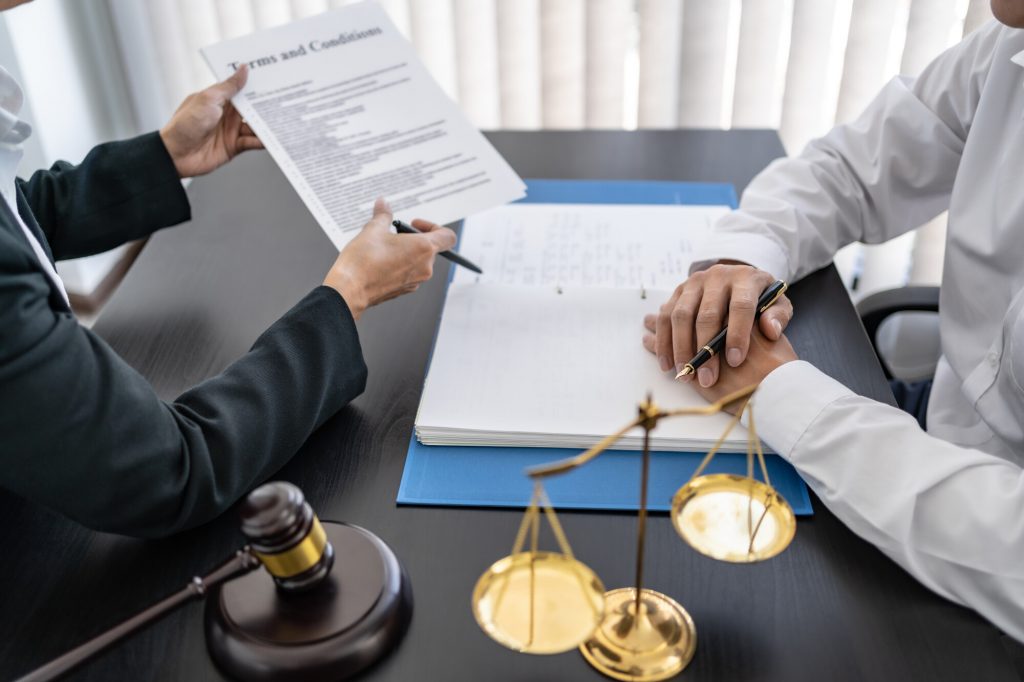 Have you or a loved one been accused of shoplifting at Walmart?

Unfortunately, Walmarts in Gonzales, Louisiana can be quite strict when it comes to dealing with shoplifting.

That’s why it’s so important to know about the consequences of shoplifting in Louisiana, the specific policies of Walmart, and how a criminal defense attorney can help you avoid the harshest penalties.

Shoplifting is when someone takes valuable items from another person or entity either without their consent or through deceptive means. It must involve intent to take the items away permanently.

This “intent” part means you don’t have to physically leave the store with shoplifted items to be charged. Instead, it’s enough to show that someone intended to shoplift and that they did an act that furthers that intent.

That shoplifting intent can be shown by changing a price tag, removing a security tag, or taking an item out of its original packaging.

Although all 50 states punish shoplifting, not every state uses the same punishment.

Let’s take a look at shoplifting laws in Gonzales, Louisiana.

Consequences of Shoplifting in Gonzales, Louisiana

In both the city of Gonzales, Louisiana, and the broader Ascension area, shoplifting charges can lead to both civil and criminal penalties.

In Gonzales, Louisiana, the criminal penalties for shoplifting at Walmart (or anywhere else) depend on the value of the items taken.

Generally speaking, as the dollar value goes up, so does the severity of the punishment. Anything below $1,000 is a misdemeanor, and anything above $1,000 is a felony.

According to the Louisiana Statute 14:67, the following penalties apply to shoplifting:

(An important caveat: if you have two previous theft convictions, then the misdemeanor becomes a felony. This can result in a jail sentence of up to 2 years and a fine of up to $2,000.)

Shoplifting at Walmart in Gonzales, Louisiana

The Walmarts in Gonzales, Louisiana put a lot of effort into trying to catch shoplifters. Some common anti-theft policies include:

On top of that, Louisiana Walmarts use Loss Prevention Officers to walk around the store in plain clothes to keep an eye out for any suspicious activity.

Since Walmart tries so hard to prevent shoplifting, when it does happen, they tend to be pretty strict in their prosecution. In general, anything above $25 will result in Walmart pressing charges.

To navigate what happens next, it’s best to hire a criminal defense attorney who specializes in shoplifting cases.

There are three main ways that a criminal defense attorney can help you with a Walmart shoplifting lawsuit. These include fighting the charge in court, seeking a dismissal, or reducing the penalties.

Since the definition of shoplifting requires “intent to steal,” a quality criminal defense attorney can argue against that intent.

This can be done by showing that there was no intent to steal — in which case, the shoplifting charge should be thrown out. Or, they may argue that the assumed intent to steal was mistaken.

A good criminal defense attorney can also work to get charges dismissed by a pretrial diversion program. This is especially useful for first-time offenders.

A pretrial diversion program usually involves doing community service and adhering to a strict zero-tolerance lawbreaking policy. If both are successfully completed, then all charges will be dismissed.

Furthermore, in two years’ time, you can request an expungement that results in the charges being permanently removed from your record.

Most people who choose to plead guilty in a court of law do so because of a plea bargain. Often, these bargains result in reduced penalties — either a lower fine, a shorter prison sentence, or both.

A criminal defense lawyer who specializes in cases of theft has a deep understanding of how the justice system works and how to get you the best plea bargain possible.

Should You Get a Criminal Defense Attorney?

A conviction for shoplifting at Walmart can not only lead to fines and jail time, but it can also impact your ability to find a job or buy a house in the future.

Having a criminal defense attorney on your side can help you avoid the worst of it by either getting the judge to dismiss the charge outright or by reducing the severity of the fines and sentencing.

Carl Barkemeyer is a Louisiana-based criminal defense attorney with 17 years of experience. If you are concerned about a shoplifting citation in Gonzales, Louisiana, contact Carl to see how he can help. He’s available every day of the week between 7 a.m. and 7 p.m.