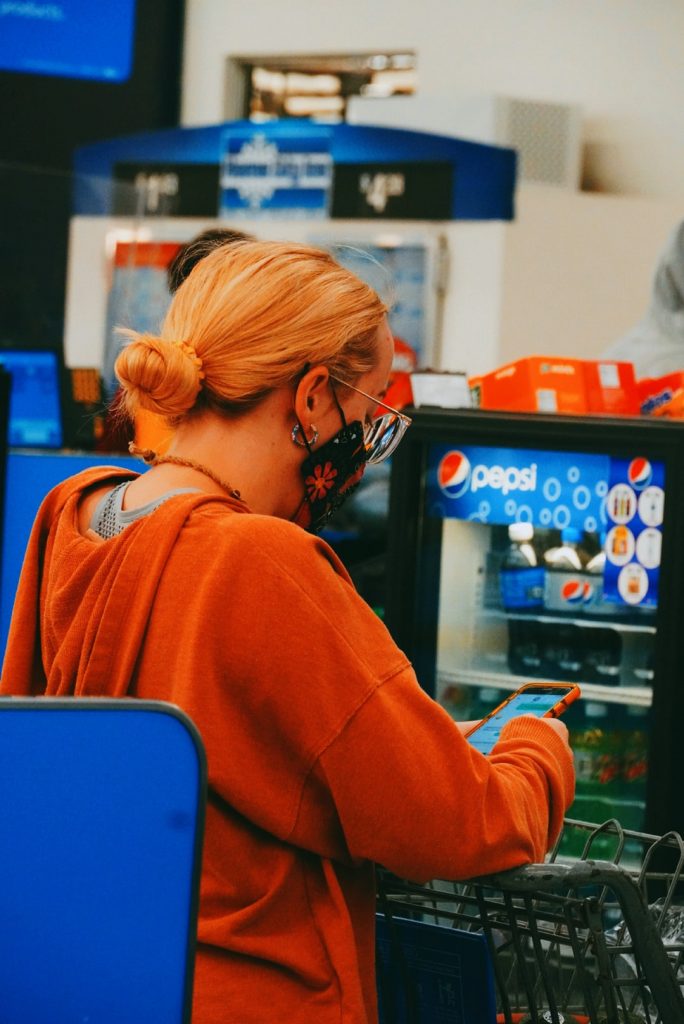 Theft at Walmart Self Checkout in Slidell, Louisiana

Are you accused of shoplifting or theft at Walmart self checkout in Slidell, La?

Shoplifting charges can negatively impact your future by making employment and loans more difficult to obtain.

To better understand the possible effects and what to do about them, let’s take a look at the following five things:

Read on to learn about each.

Definition: What Is Shoplifting?

Shoplifting is a type of theft where someone takes items of value from others (people, businesses, etc.) without their consent or through deceptive means. The shoplifter must show clear intent to take the items permanently.

For shoplifting at Walmart, this clear intent can mean hiding items in or under a shopping cart, removing a price tag from an item, or taking items out of their original packaging.

In the city of Slidell, La, and the St. Tammany Parish area, getting caught shoplifting can lead to two kinds of penalties: civil and criminal.

Civil Penalties From the Slidell Walmart

When Slidell Walmart security catches someone shoplifting, they decide on a shoplifting penalty based on how much the stolen items are worth. For items less than $25, they usually ask the person to return the items and leave the store. For items more than $25, they can pursue civil penalties.

Typically, this results in paying back the amount stolen from the Slidell Walmart in addition to a fine of $50 to $500.

If you’ve been caught shoplifting, then the Slidell, La government can press for criminal penalties. Typically, this means fines, jail time, or a mix of both.

Statute 14:67 outlines Louisiana’s laws against theft. The severity of the shoplifting penalty goes up as the price of the stolen items gets higher. For example:

The misdemeanor charge above can become a felony charge if you have two previous theft convictions. In that case, the penalties are a fine of up to $2,000, a jail sentence of up to two years, or both.

Shoplifting at Walmart: How are the Charges Proven?

If you’ve been accused of shoplifting at Walmart, then both the Slidell Walmart and the Louisiana prosecutors need to prove it.

The Slidell Walmart does this by showing it had probable cause to detain you and that they only detained you for a reasonable amount of time.

The Louisiana prosecutors do this by showing you had clear intent to steal and then acted on it (removing a price tag, hiding an item, etc.). They have to show that the intent is clear beyond a reasonable doubt. Otherwise, the charges get reduced or dropped.

Three general defenses when dealing with Slidell Walmart or local law enforcement are to stay silent, sign nothing, and request a criminal defense lawyer. In addition to that general bit of advice, here are four specific defenses against shoplifting charges.

Flawed valuation is a legal defense used when stolen items are incorrectly valued – for example, when a $300 TV is valued at $3,000. Since the punishment for shoplifting charges in Slidell, La depends on the value of stolen items, a flawed valuation defense can reduce or dismiss those charges.

A lack of intent defense works by showing the person caught shoplifting didn’t have the intent to steal. Since showing clear intent is a necessary part of the theft, if there’s no intent, then the shoplifting charges get dismissed or at least reduced.

Stealing under duress defense means that coercion, intimidation, or threats from other people were used on the person caught shoplifting. If successful, this defense could lead to a dismissal of charges.

An intoxication defense argues that a person’s intoxication led them to shoplift at Walmart. If this defense also proves a lack of intent, then all charges could potentially be dropped.

How Criminal Defense Lawyers Can Help

Criminal defense lawyers – especially those who specialize in shoplifting charges – know exactly what kind of proof is required and what defenses are best. That knowledge can benefit you whether you decide to plead guilty and avoid a trial or plead not guilty and go to trial.

Plead Guilty and Avoid a Trial

If you choose to avoid a trial by pleading guilty, a criminal defense lawyer can negotiate with the prosecution to either reduce or dismiss charges.

A lawyer can reduce a charge for shoplifting at Walmart through careful negotiations that result in smaller fines, shorter jail sentences, or a mix of both. Also, shoplifting charges can be reduced by being charged for a less serious offense.

Criminal defense lawyers may also get your charges completely dismissed through enrollment in a program of pretrial diversion.

Plead Not Guilty and Go to Trial

If you choose to go to trial by pleading guilty, then a great criminal defense lawyer can build a powerful defense that ends in a reduction or dismissal of charges.

Alongside bringing in the four defenses above, a lawyer may bring in extenuating factors such as your criminal record, motivation, financial situation, and more.

Defend Yourself Against a Shoplifting at Walmart Charge

When a charge for shoplifting at Walmart gets put down on your criminal record, it can have far-reaching consequences. To avoid the worst of it, it’s important to hire an experienced criminal defense lawyer who fights for you.

Carl Barkemeyer is a Louisiana-based criminal defense lawyer with 17 years of experience. As someone who specializes in theft charges, Carl knows what you’re up against and how to fight it. Contact Carl today to see how he can help with your shoplifting charge.