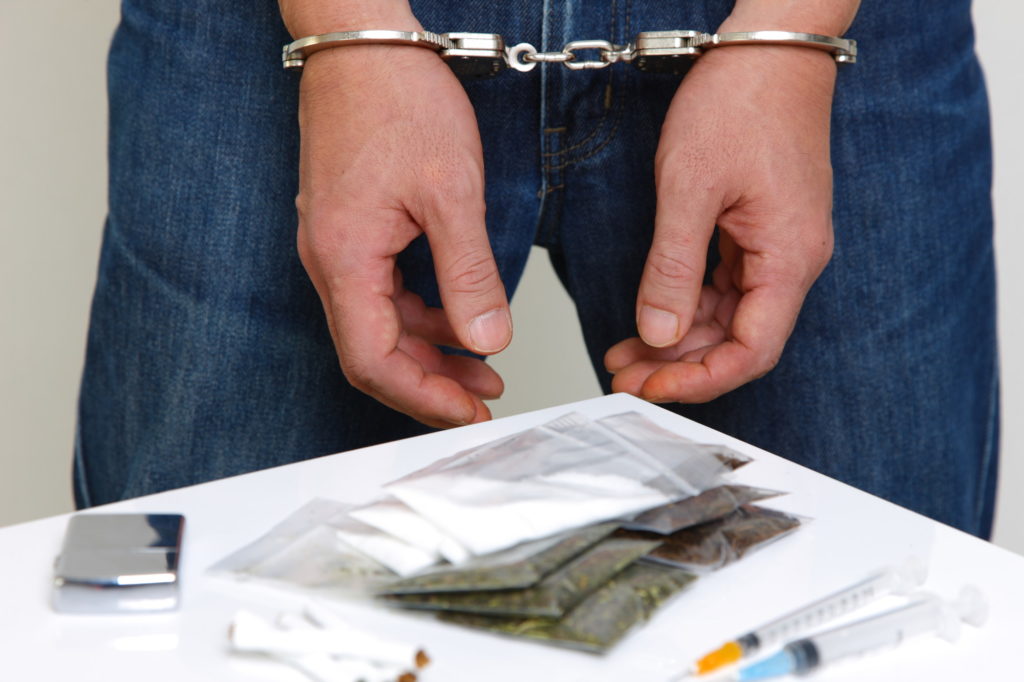 We all have those friends: the ones who like to use illegal drugs recreationally. It isn’t that big of a deal, and you guys go way back.

It isn’t that big of a deal…until he accidentally leaves some of his stash in your car or your home, and you end up arrested for constructive possession of a controlled substance.

Sounds scary? That’s because it is. These kinds of charges can carry years of jail or prison time and can be difficult to beat if you don’t have competent counsel throughout the process.

What is constructive possession, what does it mean in terms of Louisiana law, and what can you do about it?

Learn all you need to here so you can protect yourself and your future.

Constructive Possession: What Is It?

Perhaps one of the most common drug charges brought up overall, constructive possession sounds strange, but is actually quite simple when broken down into regular terms.

If you’re starting to think you may be going away for a while at this point, consider calling one of Baton Rouge’s criminal defense attorneys. Having a lawyer who knows Louisiana criminal law can be the difference between your freedom and four walls.

Okay, Well That Sounds Like Me: What The Heck Do I Do Now?

Do not panic. If watching TV your entire life has taught you nothing, it is that anything is possible in a courtroom. To that end, constructive possession charges do not always stick and there are a variety of factors that ultimately go into whether you have a good defense.

Simply being near drugs is not sufficient to show constructive possession. If it were that simple, then random strangers would get arrested alongside drug dealers on the street every single day.

Although, it is important to note that it is possible for more than one person can get charged with constructive possession of the same drugs, so don’t think you can simply point the finger at someone else!

What is required is the additional step of control, or dominion, over the substance.

Let’s break down both of the elements.

What Is “Knowledge” Exactly?

We can break down “knowledge” into two main parts:

The first kind of knowledge can be inferred based on circumstantial evidence.

For example, while you claim to not know that your friend had drugs in your home, the fact that they were found in a common area where you were substantially likely to frequent could be used to infer your knowledge.

The second kind of knowledge requires that you knew or should have known about the illegal nature of the drug.

This element is typically less contentious than the first, as most adults are very aware about the illegality of many drugs, or at least should be. Remember, ignorance of the law is not an excuse for breaking it.

The Ability To Possess Or Control

The ability to maintain dominion over the controlled substance can also become a point of contention as it relates to constructive possession.

In general, the ability to maintain dominion is best described as you having the power and intent to control the substance in question.

The ultimate answer sought after here depends on the specific facts and circumstances of your case.

What About Drugs In My House? My Car?

While it is often a cliche to say, it truly depends still on the more specific facts. Again, mere nearness to the substance isn’t good enough to establish constructive possession, but additional facts or circumstances can change that.

For example, even though you may have zero clue that your friend put drugs in the trunk of your car, you could be the only one with a key to the trunk, potentially making you in constructive possession.

The status of your residence, and whether you share the residence with anyone or not could also factor into whether you constructively possess drugs.

Things That May Tip The Balance

It is impossible to tell for sure just how much weight will be given to any one fact or piece of testimony due to the human nature that is inherent in judges and juries alike, since we are all human, after all.

With that said, there are a few things that are known to consistently link people to constructive possession convictions. These things include:

These circumstances and more may link to constructive possession convictions, they do not make it a done deal by any measure. There are various defenses that may be available to you depending on the nature of your case.

Get Help With A Constructive Possession Charge

Regardless of the way in which constructive possession works, all you really need to know is that it is a serious charge, one that requires serious, professional representation.

If you or someone you know has been arrested for constructive possession or needs any other kind of criminal defense, choose a trusted attorney to have your back.