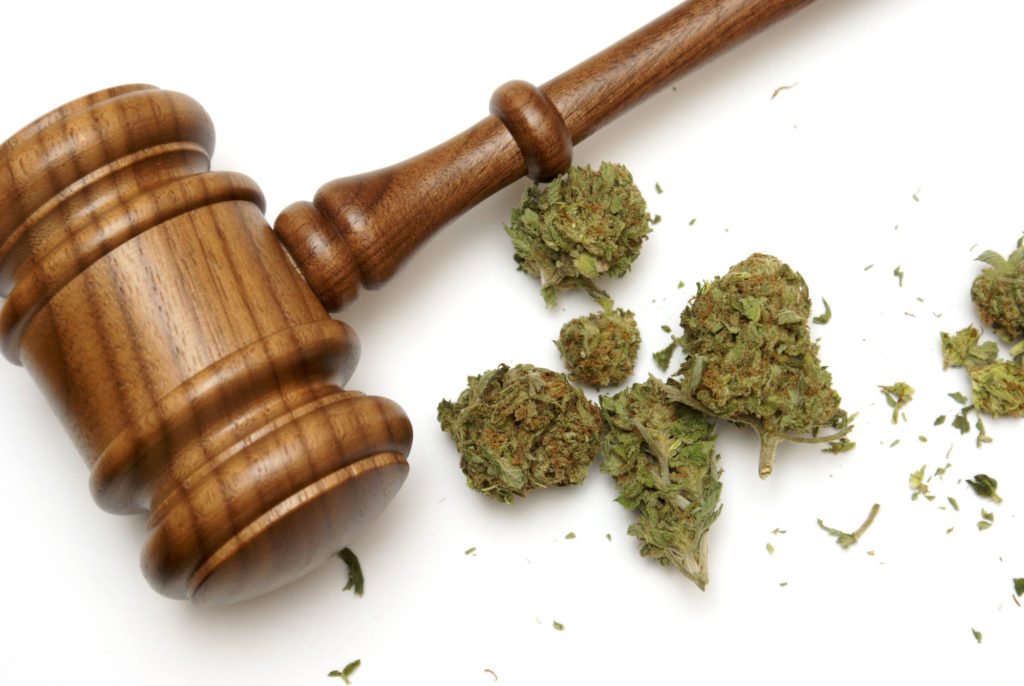 In most places, possession of marijuana charges are minimal when you carry a small or personal amount — and you don’t intend to distribute it.

If you get caught with 14 grams or less, and it’s your first offense, then the maximum fine is $300 with a maximum of 15 days in a parish jail.

The big trouble comes with you have a massive amount of marijuana. Those first or second-time offenders protocols no longer apply, and there are mandatory minimums.

When does marijuana possession become a felony? Keep reading to find out.

LA Rev. Stat 40:966 governs typical possession charges. If you are caught with up to 14 grams the first time, you face minimal penalties. As mentioned earlier, a first offense (according to the state) is a fine of up to $300 and 15 days in a parish jail. Second, third, and fourth, convictions escalate.

However, these charges only apply if your local police have the mandate to enforce them Both Baton Rouge and New Orleans city councils passed ordinances that make them fine-only cities for individuals possessing under 14 grams. These could also spread across the state.

The ordinances don’t make it legal to smoke in those cities, but they do limit the fines and remove jail time for the equation.

The good-will offered by these Louisiana cities only extends to personal amounts. Once you have more than 14 grams, state law applies.

Keep in mind that this covers a simple possession charge. If you get caught with it in a school zone, for example, other penalties apply.

In Louisiana, possession of marijuana becomes a felony when you have 60 pounds of the drug.

The penalties are as follows:

Perhaps the scariest thing about these felonies is that 5, 10, and 25 years are the mandatory minimum sentence.

Why are these charges a felony? Louisiana issues a drug charge as a felony when it’s punishable with hard labor.

Additionally, because by the time you have a few pounds of marijuana, you may also be:

These are separate charges, but they are even more severe.

What Are the Distribution or Cultivation Laws?

Distribution and cultivation charges aren’t necessarily felonies, but the penalties are harsher if you’re caught, particularly more than once:

Why are these different? While they aren’t necessarily felonies, the mandatory minimum sentences are longer, and the maximum penalty can also be longer (up to 90 years for a second sale to a minor).

What Are the Defenses for Felony Possession of Marijuana Charges?

It doesn’t matter whether you get a possession fine from the Baton Rouge PD or if you are arrested with a felony amount. You need a strong defense and a Baton Rouge criminal lawyer.

Some of the most common defenses to a possession charge include:

We outline these defenses below.

What Is Unlawful Search and Seizure?

One of the most effective arguments in these cases is that your rights were violated. The U.S. Constitution protects Americans from an unlawful search and seizure via the Fourth Amendment.

An unlawful search and seizure is one where a police officer searches your person or premises without either a search warrant or probable cause. Probable cause refers to evidence that a crime is present.

Not all warrantless searches are illegal. The police don’t need permission if:

To determine whether your stop and search was constitutional, the court usually asks:

In other words, you need to establish that you had a “legitimate expectation of privacy.”

For example, if the police search your apartment without a warrant, then they need permission. However, only you can give that permission. Your landlord cannot do, nor can your roommate. (Though your roommate can consent to search of the common area or their room — not yours.)

What Is Unwitting Possession of Marijuana?

Unwitting possession of marijuana essentially argues that the drugs are not yours and that you didn’t realize you had them.

One branch of the argument may be that the drugs were planted. This can be difficult to prove even if you are confident that this is the case. However, if you can make this argument, your criminal defense attorney can ask the judge to demand the release of the arresting officer’s file, which includes complaints made against them.

What Are Lab Mistakes or Missing Drugs Defenses?

In some cases, the police may slap you with a possession charge without proof that you had drugs in the first place. This is less likely in a felony offense case, but it can help you if the initial arrest is for a lesser possession charge. In many cases, faulty roadside tests can often be to blame.

To convict, the prosecution must produce a lab report that identifies the substance as an illicit drug. The analyst must also testify. There are also other defenses here that can include a break in the chain of custody of the evidence, which can render it unusable.

Second, the prosecution needs to be able to produce the drugs they seized upon arrest. If they lose them at any point, they no longer have the primary evidence, and you can ask for a dismissal. The loss of primary evidence is more common than you might think among drug arrests.

Were You Charged with a Possession Felony?

Possession of marijuana becomes a felony when you get caught with 60 pounds or more. If this occurs, your prison sentence is longer than a lesser charge and includes hard labor.

If you are arrested for a marijuana-related charge, you need a criminal defense attorney in Baton Rouge right away. Call us anytime — even on weekends — at 225-964-6720.