Louisiana, especially New Orleans, has a reputation for always being one huge party. Mardi Gras, the Voodoo Music Festival, and Jazz Fest bring party-goers from around the world to revel in the lax atmosphere of the Big Easy. Drinking alcohol and dancing in the streets is legal—cocaine usage, however, is definitely not.

Movie scenes depicting cocaine usage in bathrooms and abandoned offices may seem far-fetched; but in reality, cocaine usage in the party hotbeds of New Orleans and Baton Rouge is prevalent everywhere and at all times of the day. Drug usage, especially cocaine, is a serious matter. The Louisiana government is extremely strict about possession, usage, and trafficking of this drug and you WILL be prosecuted severely if tangled up in a cocaine charge.

Crack has increasingly become more popular among all socioeconomic classes in Louisiana. Crack cocaine use just as rampant among housewives and middle-class citizens as it is for street users.  Many people may use crack just for partying occasionally and others develop a lasting addiction that may require treatment to shake.

Cocaine is a powerful stimulant that is made from coca leaves (Erythroxylon coca), an indigenous South American plant. The potent, stimulant chemical “cocaine hydrochloride” is isolated from the plant and crystallized, which forms the famous white powder that is so widely known. Originally used as a pain-blocker (and even a consumable ingredient in early Coca-Cola® products), cocaine still has medical uses as a local anesthetic during surgeries.

Cocaine is a schedule II drug, which reflects its medical uses but also its highly addictive nature. Today, two chemical forms of cocaine are widely abused. The first is the water-soluble hydrochloride salt, which is the fine, white, powdery form. The second is the water-insoluble cocaine base (this is also known as “freebase cocaine”). Freebase cocaine is combined with baking soda and water during crystallization then is heated; this removes the hydrochloride and creates a smokable substance commonly known as crack. Crack-cocaine rose to popularity in the mid 1980’s in impoverished inner-cities, and is still a common street drug today.

What are the penalties for cocaine and crack possession?

Because cocaine is a Schedule II drug, the punishments for possessing, selling, or trafficking it can be severe, even for a first-time offender. Possessing under 28 grams of cocaine can incur prison time of up to 5 years and one up to $5,000. Selling cocaine, or if there is a proven intent to sell, could incur up to 30 years in prison with hard labor and fine up to $50,000. Trafficking cocaine, the most serious offense, could land you with life imprisonment, possibly without parole.

In 2010, the Fair Sentencing Act was passed that reduced the disparity between the severity of crack sentencing and cocaine sentencing. Before the Act was emplaced, crack was punished much more severely (1:100 weight ratio) and much more often. After the act, the weight ratio was reduced to 1:18. This means that crack-cocaine is still punished more severely than powdered cocaine, but not as much as it used to be.

Just because someone has developed a substance abuse disorder doesn’t mean they should go to prison.

Mr. Barkemeyer has represented many clients charged with cocaine and crack possession in Louisiana. He knows how to persuade the prosecutor to consider alternatives to prosecution and the punishment of prison time. Many of his clients have been hard-working individuals with work and families that they don’t want to lose by going to prison. We work alongside drug treatment counselors and treatment facilities to help our clients succeed personally and get the best result in their drug case. 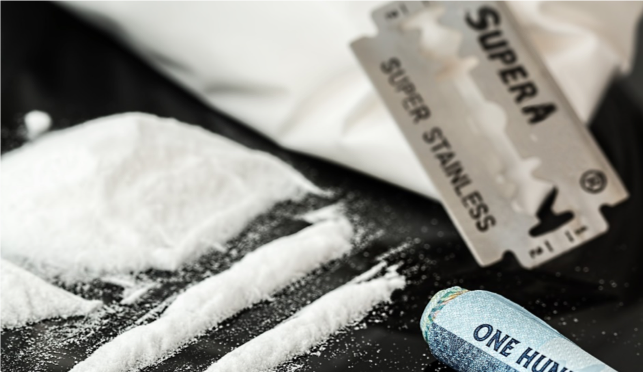 Cocaine sentencing can be very tough, even for a first-time offender. An experienced crack defense attorney who knows the ins and outs of criminal law can reduce jail time for those convicted of cocaine-related crimes. Carl Barkemeyer, Criminal Defense Attorney is a professional, experienced, and respected cocaine possession lawyer in Baton Rouge who will help you fight the tough drug laws in Louisiana. If you’ve been charged with possession, selling, or manufacturing and trafficking of crack cocaine, contact a criminal attorney at (225) 964-6720.