Carl Barkemeyer is a Baton Rouge Drug Distribution defense lawyer. He defends the criminal charge of Distribution throughout Louisiana. Distribution of drugs is taken very seriously by prosecutors in Louisiana. The sentencing range depends on the alleged drug. Distribution charges can carry mandatory minimum sentences of imprisonment. 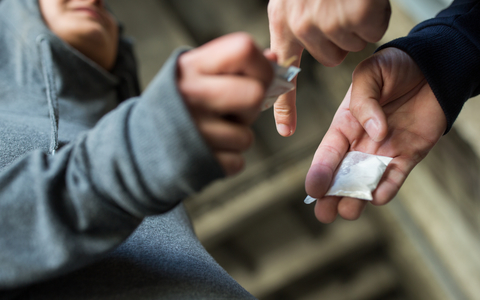 The defense to these charges requires an attorney that is knowledgable and experienced in the area of defending drug distribution charges. These cases usually involve undercover police officers and/or informants. The prosecutor may also attempt to use police surveillace to prove the charge. Mr. Barkemeyer is highly experienced handling these issues.

Mr. Barkemeyer defends those charged with Distribution of controlled dangerous substances, including the following: heroin, methamphetamine, marijuana, cocaine, ecstasy (MDMA), prescription drugs, and all other Schedule I, II, III, IV, and V drugs.

Drug possession, sale, the intent of distribution and distribution itself are all drug crimes in the state of Louisiana with individual punishment and penalties. These crimes are all punishable in the state either as a misdemeanor or as a felony and it depends on the case. It is a serious crime with serious punishments and when a person faces any of these charges, they need to seek legal assistance as soon as possible. An attorney would help you in determining the case and giving you an insight on what to expect.

What Does Louisiana Consider as an Intent to Distribute?

The possession of drugs with an intent to distribute in the state of Louisiana is when a person sells the drugs to other people. This generally gives an offender two charges as they possess the drug and also wish to distribute it to other people. This is taken as a very serious crime and has a strong penalty attached. And if you are found in a situation like this in Baton Rouge, you need to hire a drug lawyer as soon as possible to defend your case.

It is not important or necessary for a person to have sold any drug before they are charged with the intent of distributing. As long as a large portion of the drug is found with them, a lot larger than can be used for personal purpose, it is assumed they intend to distribute it sell it even if they are choosing to give it out for free or holding it for someone else. The prosecutor would try to establish that you were aware of the drugs with you and you had the intention of distributing them out to other people in and out of the community. It would also be established that you knew very well that these drugs were illegal and yet you had them in your possession.

What is Considered as Drug Distribution?

Distribution of illegal drugs can also be known as drug trafficking and. It could include a lot more such as manufacturing of these drugs and distributing them to people in and out of the community. In the state of Louisiana as well as a lot of other places, trafficking and distribution are considered illegal and it is against the law to sell, transport or even import any of the controlled dangerous substances as known as CDS. A person who is caught doing any of this such as trafficking would be in serious trouble with the law. It comes with a lot harsher penalty than actually possessing the drug as a client than as a dealer and you would require the help of a skilled criminal defense attorney in Baton Rouge to help you out with your case.

You should also be aware that drug distribution or trafficking as a crime involves drugs which are legal but require the use of prescription. Illegal distribution of these drugs can also get you in trouble with the law in the state of Louisiana.

What are the Penalties for Distribution and Intent to Distribute Illegal Drugs in Louisiana?

The possession of drugs, however, with an intent to distribute is treated as a felony and that is usually the case if the drug is a Schedule I drug on the schedule scale. If there are other factors which could make the case a lot more serious and coupled with harsher penalties.

What Could Be the Factors Involved in A Drug Charge?

There are many factors which affect how a drug charge can go and some of these factors could cause an increase in a sentence and how a case is present in the state of Louisiana. They include:

Looking for a criminal defense attorney in Baton Rouge for drug charges? Why not contact Carl Barkemeyer, criminal defense attorney today? Here at Carl Barkemeyer, we understand how difficult it can be to go through a drug charge on your own and how much it can affect your life and your criminal record. It can make it difficult for you to find a job, lose your present job, find it difficult in school and applying for a scholarship. We try our best to protect your criminal record and get your charges dropped or significantly reduced as the case may be.

We believe in utter transparency and are open to any questions you might have as well as ask your questions to help us better with your case. So, if you need questions criminal defense attorney, why not contact us at Carl Barkemeyer today?