Fentanyl in Louisiana: What’s the Risk?

According to the CDC, Fentanyl is now the ‘deadliest drug in the country.’

It is involved in more overdose cases than any other drug, and is intimately intertwined with the heroin, or opioid, epidemic in the USA. Opioids can be legal to posses and consume with a valid prescription. Common prescription opioids include hydrocodone (Vicodin), oxycodone (OxyContin), and legally manufactured fentanyl.

Fentanyl is a prescription synthetic opioid that is 50 times more potent than heroin, meaning that just a few micrograms can be incredibly lethal. It does have a medical purpose, however, and is primarily utilized in hospitals to treat extreme, lasting pain. The surprising fact of the matter is that most of the fentanyl that is being illegally sold on the streets doesn’t come from hospitals at all—most of it travels with drug runners from Mexico and is even transported from China.

When heroin addicts purchase it on the streets, in almost every case they are not aware that it is either laced with or completely composed of fentanyl. This poses an extreme risk for overdose as the user is totally unaware of how much of the deadly drug they are absorbing.
Dealers may also intentionally cut their heroin with fentanyl to give the user a stronger sensation, which also poses a risk to the public.

In 2016, nearly two thirds of the drug overdose deaths in the US were caused by prescription or illicit opioid. They are prescribed mostly for helping users deal with complaints of physical pain and produce a strong euphoric feeling when consumed. Unfortunately, the opioid epidemic does not only affect those who use drugs like fentanyl illegally—hospital patients and people recovering from surgery are prone to opioid addiction, especially when the pain is severe and long-lasting. Because it is not intended for an “as needed” purpose, in order for it to work effectively it must be administered for an extended period of time. Older patients may be more prone to overuse of the drugs, likely because their metabolism is slower than young people. Therefore, the drug is not absorbed quickly enough by the body to produce the intended symptoms in a timely manner and therefore the patients may take more of the drug because they think it is “not working.”

Synthetic opioids like fentanyl became popular prescriptions in the US public around 2013 and, since its introduction, overdose deaths in the US have risen over 300%. This is attributed to both prescription-holders misuse and illicit use of the medicine. Fentanyl is also present in the US in quantities of pills that have been illegally manufactured.

If you are addicted to fentanyl, heroin, or any other opioid and cannot find a way out, call SAMHSA’s National Helpline at 1-800-662-HELP (4357). It is a confidential, government run helpline that runs 365 days per year. No health insurance is required for a referral. They will direct you to the right aid stations to help you overcome the control of these substances and regain your life. 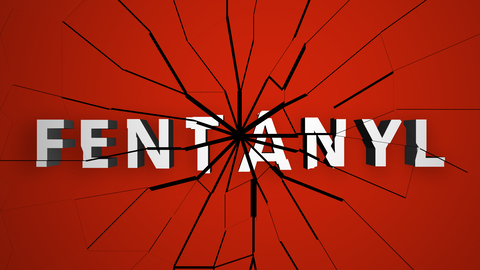 Penalties for Fentanyl Charges in Louisiana

All criminal charges relating to fentanyl are felonies in Louisiana. Possession of fentanyl if the amount possessed is less than 2 grams has a sentencing range of 2-4 years in prison.  If the defendant possesses between 2 grams and less than 28 grams, he may be facing 2-10 years in prison. If the amount of fentanyl is 28 grams or more, the defendant is looking at a possession with intent to distribute charge which carries 5-40 years at hard labor.  Distribution of fentanyl also carries 5-40 years at hard labor.  Probation may be allowed in some cases.

Prosecutors and judges take fentanyl charges very seriously in Louisiana.  If you’ve been arrested for fentanyl possession in Louisiana, you can bet that the prosecutor will want to prosecute to the fullest extent of the law. However, we are fentanyl defense attorneys that know what to look for to get the best result possible in fentanyl possession cases.  We use legal and technical defenses such as the constitutionality of the police officers actions during the stop, search, and arrest. Fentanyl cases are similar to many drug cases in the sense that there may be illegal police misconduct involved. We look for that hard. Fentanyl cases are different than many drug cases due to the danger to the defendant who was using the substance. Many times, drug treatment may help the defendant and his case. Our criminal lawyers know how to approach the fentanyl case in the beginning so we can develop a good strategy.

Fentanyl is a schedule II drug in Louisiana. If you’ve been charged with possession of fentanyl, call an experienced, professional lawyer that will fight for you to get the least possible punishment. Carl Barkemeyer, criminal defense attorney, will communicate with you every step of the legal process and assure that you know exactly what is going on the whole time. Contact him at (225) 964-6720.