Addiction to opioids has reached epidemic proportions in Louisiana and the rest of the U.S. Heroin is one type of opiate and is treated very harshly under state and federal law. It is classified as a schedule I drug under LA Rev. Stat. § 40:964. Possessing any amount of a schedule I drug in Baton Rouge is a felony that carries serious penalties. If you are charged with selling this drug, the penalties are even more severe and may necessitate you seeking representation from a possession with intent lawyer. Even if you are facing charges of simple possession, you may still need to get help from a simple possession lawyer so that you might be able to avoid prison time. 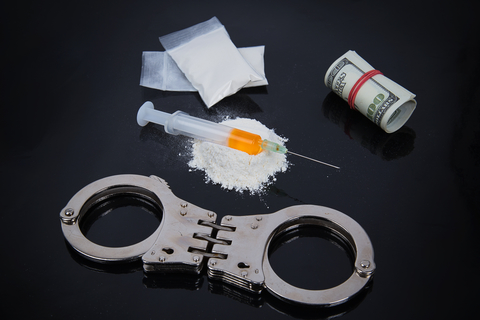 A simple possession drug charge involving heroin can result in a prison sentence even if the amount is very small. Under LA Rev. Stat. § 40:966, possessing less than two grams of this drug can result in a sentence of two to four years in prison with or without hard labor. If you are facing a drug charge of possessing from two to 28 grams, you may face a potential sentence of two to ten years in prison with or without hard labor and a fine of up to $5,000. The potentially harsh sentences if you are convicted demonstrate the importance of getting help from a simple possession lawyer to fight a drug possession charge.

The penalties for distributing or possessing heroin are even more severe. If you are convicted of possessing the drug with the intent to distribute it, you will face a sentence of a minimum of five years of hard labor up to 40 years and a fine of up to $50,000. Drug distribution charges involving larger amounts of the drug carry even more serious penalties. If you are facing these serious charges, getting help from a possession with intent lawyer may help you to secure a more favorable outcome to your case.

Drug Trafficking or Sales to Minors

The state has responded to the opiate epidemic by imposing harsher sentences on people who are convicted of simple possession or possession with the intent to sell Schedule I narcotics. If you are facing these types of charges, it is very important for you to talk to drug defense attorney, Carl Barkemeyer. A drug charge lawyer from our law firm may review the manner in which the police conducted the investigation in your case and may look at the stop, search and seizure to see if they were completed properly. In some cases, police officers make mistakes in how they investigate alleged criminal conduct, including drug possession cases. If the way in which the police found the drugs was in violation of your rights against unreasonable searches and seizures, your drug defense attorney may file a motion to challenge the admissibility of the evidence against you. If the motion is successful and the evidence is suppressed, the charges may be dismissed.

In cases in which the searches and seizures were conducted properly, an experienced drug lawyer may be able to negotiate with the prosecutor to secure a more favorable plea agreement. This might include a plea to a lesser offense or a capped sentence. The attorney may also be able to secure an alternative sentence to probation in some cases.

Carl Barkemeyer, heroin defense attorney in Baton Rouge believes that everyone deserves to have strong legal representation when they are facing criminal charges. We understand that many people have become addicted to opiates and should receive treatment instead of being imprisoned. If you are currently facing charges, or your loved one has been charged, contact Carl Barkemeyer, heroin defense attorney today to schedule a consultation so that you can learn more about how we might be able to help you.

We provide representation to those with heroin charges in Baton Rouge and heroin charges in Louisiana. Arrests for heroin possession, possession with intent to distribute, distribution, and death related charges, including murder, have been on the rise in Louisiana.  Mr. Barkemeyer provides experienced and skillful representation to those who have criminal charges. He understands the impact of drug addiction on a person's life. He also understands the negative impact of a serious drug charge on their future. He uses his experience in the criminal justice system to negotiate the best result for his clients.

Carl Barkemeyer has been defending clients charged with serious drug charges throughout Louisiana for many years. He has successfully handled drug cases because drug cases are his main focus.  He knows the system and how to get his clients the best results in heroin cases.  If you or someone you know has a heroin charge in Baton Rouge or surrounding area, contact Carl Barkemeyer at (225) 964-6720.