Malfeasance in Office Laws and Defenses

Malfeasance in Office is a serious felony that requires special attention and experience to adequately defend. These charges can greatly impact the defendant's life. The defendant not only loses his/her job, but must also deal with public scrutiny and the difficulty of not being able to find future employment.

Malfeasance in Office basically falls within one of two statutes. Louisiana provides a statute prohibiting Malfeasance when sexual conduct is involved. This charge carries up to ten years in prison. Mr. Barkemeyer understands the severity of these charges and always fights hard to defend the rights of the accused to get the best possible outcome. See the below Louisiana statutes for more information: 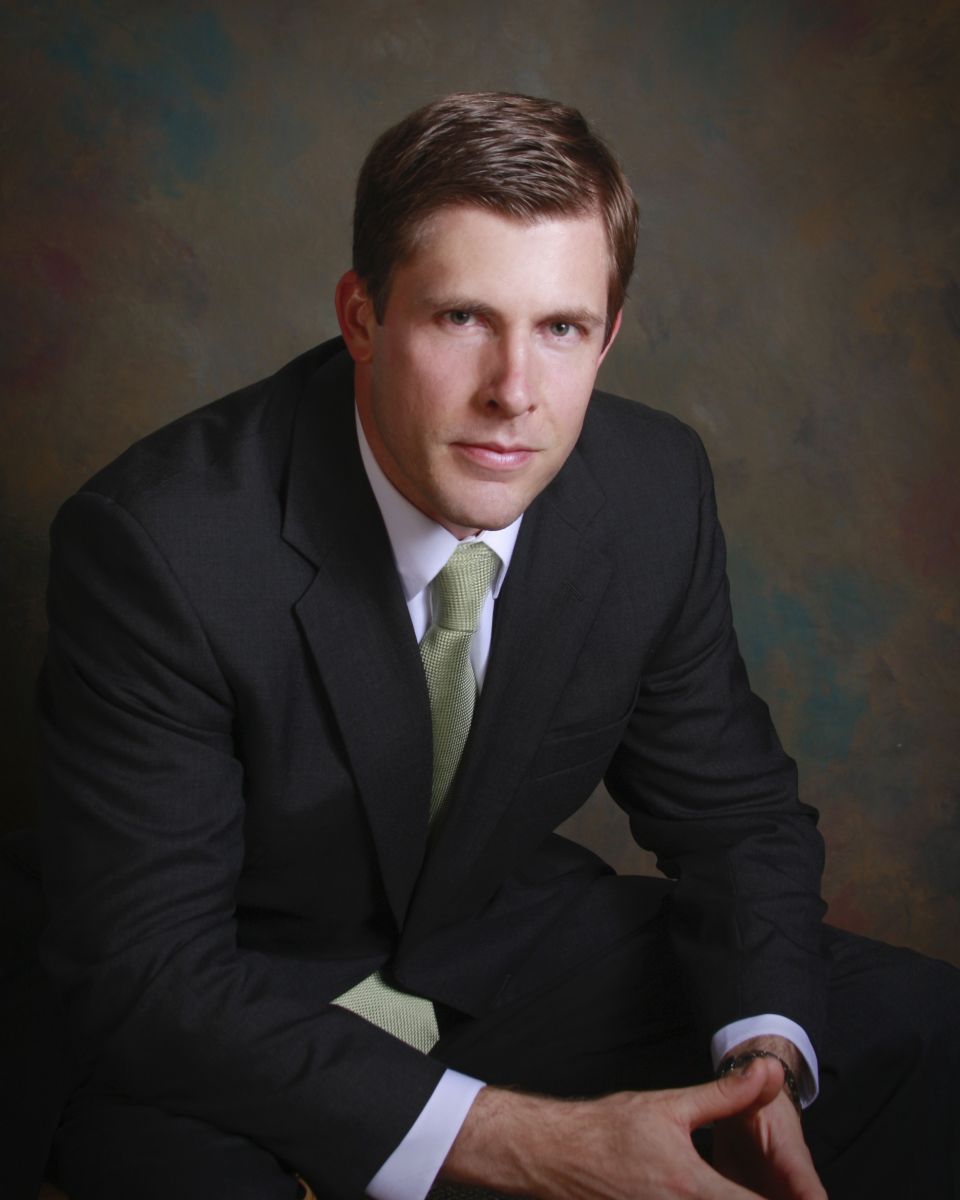 A. Malfeasance in office is committed when any public officer or public employee shall:

(1) Intentionally refuse or fail to perform any duty lawfully required of him, as such officer or employee; or

(2) Intentionally perform any such duty in an unlawful manner; or

(3) Knowingly permit any other public officer or public employee, under his authority, to intentionally refuse or fail to perform any duty lawfully required of him, or to perform any such duty in an unlawful manner.

(2) In addition to the penalty provided for in Paragraph (1) of this Subsection, a person convicted of the provisions of this Section may be ordered to pay restitution to the state if the state suffered a loss as a result of the offense. Restitution shall include the payment of legal interest at the rate provided in R.S. 13:4202.

A. It shall be unlawful and constitute malfeasance in office for any of the following persons to engage in sexual intercourse or any other sexual conduct with a person who is under their supervision and who is confined in a prison, jail, work release facility, or correctional institution, or who is under the supervision of the division of probation and parole:

(2) An officer, employee, contract worker, or volunteer of the Department of Public Safety and Corrections or any prison, jail, work release facility, or correctional institution.

Defenses to Malfeasance in Office in Louisiana

Malfeasance in Office by Corrections Officers

We have represented clients all around Louisiana who were corrections officers at prisons and were charged with Malfeasance in Office – Sexual Conduct.  It is illegal for a corrections officer to engage in sexual conduct with the inmates. This is a serious charge that has serious consequences.  Our clients are usually hard-working individuals who just made a mistake. We know how to defend them and get the best result.  We understand the difficult experience the are going through with this charge. They must deal with losing their job, marriage problems, and fear of finding employment. We have been successful getting our clients through the system so they can get back onto their feet.

5 things to know about the Malfeasance in Office offense

Malfeasance in office or official misconduct is a serious crime in Louisiana that judges and prosecutors believe warrants serious punishment in the event of a conviction. While most are aware that conducting themselves in certain ways will expose them to the chastisement of the law, they know little or nothing about the malfeasance in office laws in Louisiana. As a result, most people wind up with convictions that they don’t deserve; lose their freedom and rub their good names in the mud.

1. Malfeasance in office is a felony

Typically, the malfeasance in office crime is committed when a public employee or officer knowingly fails to carry out duties required of him/her in the job description or willfully performs such duties in an illicit way. Based on this definition, the malfeasance in office laws will hold when the said employee or officer fails to accomplish a project or task specified in his/her job description purposefully. If the crime was committed without intent, the court may, in its magnanimity, grant the offender a favorable outcome that does not include a jail term. This is where an aggressive lawyer comes in to save the day. If you employ the service of Mr. Barkemeyer and his team of well-versed and well-knowledgeable attorneys at Carl Barkemeyer, Criminal Defense Attorney, you can spin the case in your preferred direction.

2. You are liable for the crime if you permit an employee under your authority to commit the said offense

You are not only liable for malfeasance in office offense when you fail to execute a task that is stated in your job description, but you are also culpable for the wrongdoing of employees under your authority. If an employee or subordinate under your authority fail or refuse to carry out his/her duty after receiving permission from you, you will be held responsible for the malfeasance in office crime. Without an attorney to defend your integrity and prove your innocence to the judge and jury, you may end up with a prison sentence. On top of that, you may be asked to make restitution for the damage caused by your refusal or failure. Then again, if you think that is bad, wait till you hear the rest of it. In addition to you making restitution for the loss ensued from your failure or refusal to perform your public office duties, you’ll be asked to pay legal interest rates on the restituted amount. The interest rates will, then, be calculated based on the provisions of Louisiana Revised statute 13: 4202.

3. Malfeasance in office conviction can lead to the cancellation of your P.O.S.T Certification

There are several grievous penalties for malfeasance in office crime, and it gets worse for P.O.S.T certified peace officer. Whether you are a reserve, part-time, or full-time peace officer, getting convicted for the subject matter crime, may lead to the confiscation of your P.O.S.T certification. On top of that, you may also get a prison sentence of up to 5 years (not more), which may include hard labor. Not to mention the $5000 fine that usually comes with a conviction of malfeasance in office crime. Taking everything into consideration, the only happy ending you can hope to have with malfeasance in office case is the one provided by an aggressive attorney. So, before you get a conviction that you, probably, don’t deserve, call Mr. Carl Barkemeyer.

4. The implications of a Malfeasance in office crime goes beyond a prison sentence

Many people in Louisiana have been convicted in the past when they have a chance of winning the case because they treated their court case with levity believing the case will not expose them to harsh penalties. If you are one such person, think again. The worst-case scenario for malfeasance in office conviction is not limited to the prison sentence and the exorbitant restitution rates. In the end, a conviction can spoil your record and soil your good name in the mud. That could be the end of a lucrative career in governmental institutions and other organizations where an untainted record is a necessity for employment. If you are a P.O.S.T certified peace officer, you have to do everything in your power to safeguard your certificate. Because, as you already know, a conviction will lead to the repossession of your P.O.S.T certificate. So what options do you have?

5. The ideal defense is one offered by an aggressive lawyer

Not all malfeasance in office offenders end up in jail or incur heavy case fines. In some cases, convicted persons get what may seem like a pat on the wrist compared to what they deserve, because of their lawyer’s skillfulness in turning the case around. With Carl Barkemeyer, Criminal defense attorney firm behind you, you can fight for the most favorable outcome.

What better way to defend yourself against an accusation than to employ a lawyer that has acquired a wealth of experience in defending such crime? Mr. Carl Barkemeyer has a wealth of knowledge in Malfeasance in office defense in Louisiana, and he’s ready to use that experience in your favor.

As your results are highly dependent on your attorney’s aggressiveness, you should engage Mr. Barkemeyer for your court case. Feel free to call us today at 225-964-6720.

We Defend Malfeasance From All the State Prisons in Louisiana

We Defend Malfeasance in Office From All Parish Prisons

Regardless of the parish prison you were working at in Louisiana, we may be able to help.  We have represented corrections officers in many different parishes throughout the state who were charged with malfeasance in office – sexual conduct.