What is Obtaining CDS by Fraud?

Obtaining CDS by Fraud is a serious felony offense in Louisiana. The most frequent cases involve the use of fraudlent prescriptions with the intent to obtain drugs.  Commonly, the offender is observed filling fraudulent prescriptions at a drug store or many drug stores. This charge can carry a sentence of up to 5 years in prison.  Often times, individuals are charged with attempting to obtain CDS by fraud.

Louisiana is serious when it comes to obtaining CDS by fraud. This is a common criminal offense that involves prescription drugs. It is common to see people obtaining CDS by forging their prescriptions or misrepresenting themselves. This is highly illegal and if caught, you could be slapped with hefty penalties.

We have seen cases where people think that forging a prescription is a mere offense that can be solved with just a warning. What if I told you that it was not true? The state of Louisiana abhors this and has gone out of his way to ensure that it is criminalized. If you are caught obtaining CDS by fraud in Louisiana, you need a criminal defense attorney like Carl Barkemeyer to represent you.

If you have a prior drug offense, it could worsen your sentence. This doesn't mean that a first-time offender would be given a slap on the wrist. Far from it, the penalties are harsh too. This is why you need a criminal defense attorney like Carl Barkemeyer to represent you.

He will look at the facts of the case and create a defense strategy that may work well with the facts. He also has a team of investigative experts that try to see if the facts and evidence are true and if there are ways to poke holes in the case.

Even if you have a bad case, we can help. We know how to negotiate with the prosecutor to help our clients that have drug addictions leading to arrests.

Usually, this crime is treated as a third-degree offense, especially when it is Oxycontin, Hydrocodone or some similar drug involved. 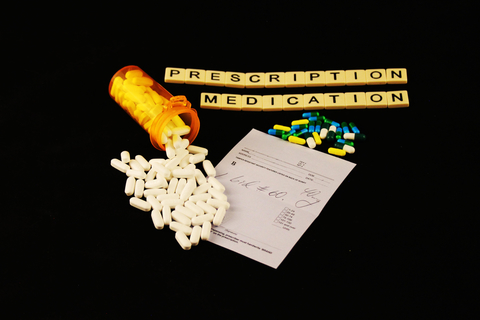 The most common scenarios for Obtaining CDS by Fraud under La RS 40: 971 include the following:

(a)  manufacture or distribution of a controlled dangerous substance a license number which is fictitious, revoked, suspended or issued to another person; or

(b)  acquire or obtain possession of a controlled dangerous substance by misrepresentation, fraud, forgery, deception or subterfuge; or

(c)   furnish false or fraudulent material, information in any application, report or other document required to be kept by this part.

(d)  make, distribute, or possess any punch, die, plate, stone or other thing designed to print, imprint, or reproduce the trademark, trade name, or other identifying mark, imprint, or device of another of any likeness of any of the foregoing upon any drug or container or labeling thereof so as to render such drug a counterfeit controlled dangerous substance; or

(e)  alter any controlled dangerous substance obtained by prescription without prior approval of the department; or

(f)  alter any prescription for a controlled dangerous substance; provided that this shall not apply to the person issuing the original prescription or the pharmacist pursuant to instructions from the physician; or

(g)  obtain or attempt to obtain a prescription or prescription blank form from a doctor, dentist, or veterinarian for a controlled dangerous substance and/or legend drug by fraud, theft, misrepresentation, deception or subterfuge.

(h)  possess a prescription for a controlled dangerous substance and/or legend drugs without the express consent of the party for whom such prescription was written.  For the purposes hereof a legend drug is any drug or drug product bearing on the label of the manufacturer or distributor as required by the Federal Food and Drug Administration the statement "Caution:  Federal law prohibits dispensing without prescription."

Examples of Obtaining CDS by fraud in Louisiana:

Though people may be coming up with new strategies to commit this crime, the authorities seem to be improving in their tactics of catching those that want to get prescription drugs such as oxycontin, hydrocodone, and other opiates via fraud. It is common for doctors, pharmacies and the authorities to find out the forgery.

If you are arrested for obtaining CDS by afraid, do not take it for granted. A lot of prosecutors are taking the hard lane to ensure that anyone caught is found guilty and given the harshest penalties.

If you are charged with this offense, there is a great chance that your prosecutor in Louisiana will do everything possible to ensure that you are prosecuted. This is not far from the fact that many deaths stem from obtaining CDS by fraud.

These drugs are obtained and consumed, which may lead to death. Sometimes, they are obtained and sold. They are then consumed, which could lead to addiction, health issues, and even deaths. Besides, the prosecutors that are able to convict more cases tend to grow up the ladder. Those police officers that are able to close a lot of these drug cases are known to also climb up the ladder of success.

Not for a second should you think that the police officers are on your side, no matter how they say that they want to prove your innocence.

When a drug charge is brought against you, the only person you can trust is your criminal defense attorney in Louisiana. Carl Barkemeyer will have your interest at hand.

What Is Illegal In Louisiana?

It is illegal to distribute CDS in Louisiana without permission or licensing.

It is illegal to manufacture CDS if you don't have a license.

It is illegal to manufacture CDS when you have a license and distribute it to someone without a license.

It is illegal to remove or change the sign stipulated by the Uniform Controlled Dangerous Substances Law.

It is illegal to not keep the form or record as stimulated by the laws.

It is illegal to stop your premises from being inspected as stipulated by the law.

Penalties for Obtaining CDS by Fraud in Louisiana

What if I have a Bad Case?

Although you may think the State has a good case against you, there may be ways to fight for a better result. Mr. Barkemeyer takes an aggressive approach to helping his clients seek treatment or rehabilitation which may allow for a deal to be made with a prosecutor. He is aware of the many types of treatment facilities and programs that are specific to each individual. He will discuss with you and the prosecutor to determine the best means to the best result in and out of court.

It is unfortunate when someone gets a charge for Obtaining CDS by Fraud because it is likely they have an addiction or they are close to someone who does. However, Mr. Barkemeyer is experienced in helping the accused get help and work towards a good result in the criminal justice system. He understands that his client's record is very important and needs to be protected.