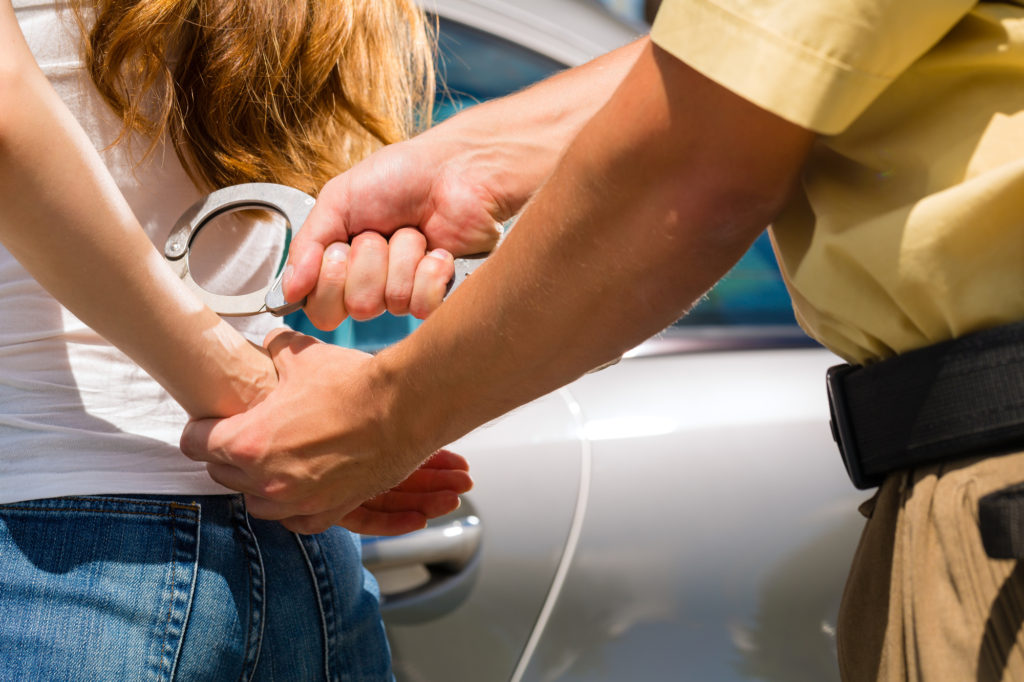 According to the 2018 Crime In Louisiana report, there were a total of 25,049 violent crimes committed in Louisiana in 2018. Baton Rouge has one of the highest crime rates in the United States, at 66 per one thousand residents. There is a good chance that you or someone you know may be arrested for a crime, even if innocent.

If you are charged with evading arrest, which is running from the police, it can add expensive fines and months or years of jail time to your sentence if convicted. Here is everything you need to know about evading arrest and what to do if you are arrested for resisting an officer.

Running makes the police suspect that you committed a crime. Not only does fleeing increase your chances of arrest, but it also makes your arrest and case worse.

If you are evading arrest, once caught the police are not going to treat you as kindly as they would if you had cooperated.  You have made their job harder, and the arrest is going to be more forceful. This has a trickle-down effect as you are processed through the system.

In court the prosecutor may ask the judge and jury to consider your “conscious guilt” demonstrated when you ran from the police. The implication is that if you were innocent you would not have fled.  The assumption is that because you evaded arrest you must be guilty of the crime.

This statute states that anyone operating a motor vehicle or watercraft shall not refuse to bring the vehicle to a stop after they have been signaled to stop. The penalty for fleeing from an officer includes a fine of between $150 to $500 and/or incarceration for up to six months.

There is an additional section to the law that covers a driver refusing to stop their vehicle when ordered to do so and human life is endangered. That is considered aggravated flight and includes at least two of the following:

Upon conviction of aggravated flight, the person is imprisoned under hard labor for up to two years and fined up to $2,000. The court may also order restitution above the state penalties.

Resisting Arrest Is a Hate Crime

Louisiana’s 2016 Blue Lives Matter law makes resisting arrest a hate crime. This law was enacted after there were several high-profile ambushes against law officers. The law states that any person who resists arrest or gets physical with a police officer can be charged with a felony hate crime.

If convicted you may be ordered to pay a fine of $5,000 or sentenced to five years in prison. If you do not cooperate it is easy to be charged with resisting arrest and hate crime. Resisting arrest can also be tied to fleeing and eluding police.

The best course of action is to cooperate, even if innocent. It is better to let an experienced criminal lawyer sort out the mess than to create more problems.

Evading Arrest Must Be Proven

Just like any other crime, the prosecution must prove you intentionally evaded arrest. There are times when you may be charged with the crime but are innocent.

This can happen if you are too far away to hear an officer’s order or where you are in a position where you did not notice the officer. This can also happen if there was no reason to think they were a law officer, such as a plainclothes officer in an unmarked vehicle.

It is obvious you are dealing with a law officer if a badge is displayed, they are in uniform, or have sirens and/or flashing lights on their vehicle.

If You Are Stopped by Police

If you are stopped by the police, be polite and respectful. Follow the instructions of the officer. Do not argue or make any sudden movements that may be interpreted as hostile. Keep your hands visible at all times.

If the officer decides to arrest you, even if the reasons are unfounded, do not run away or resist. That only complicates your case and makes you appear guilty of wrongdoing.  Do not make any statements in the police vehicle or during the arrest process. Do not talk to the police in an interrogation setting without an attorney present.

What to Do After Arrested

Police will try to entice you to talk, that is their job. One of the biggest mistakes people under arrest do is think what they say will benefit them. Keep quiet and request an attorney.

Panic is natural after an arrest and you wonder what you should do first. The most important step is to contact a criminal defense attorney who knows parish law for Baton Rouge and the surrounding areas in addition to Louisiana state law.

You need to be bonded out. This makes it easier for you to assist in your defense. If you are unable to post a bond, your attorney will meet with you at the jail to obtain information from you and prepare your defense.

Your attorney will represent you at every hearing and negotiate to lower your bond. They will make sure all evidence is obtained to support your case and negotiate a plea or prepare for trial.

With the high crime rates in Baton Rouge, you never know when you or a loved one may be arrested for evading arrest or any another crime. Whether a legitimate charge or a false accusation, you need a criminal defense attorney that knows how to get the job done.

Carl Barkemeyer has 15 years of experience as a criminal defense attorney. Place his phone number (225) 964-6720 on your phone now so it is handy should the need for an attorney arise. If you have any questions please feel free to contact us to schedule a consultation.