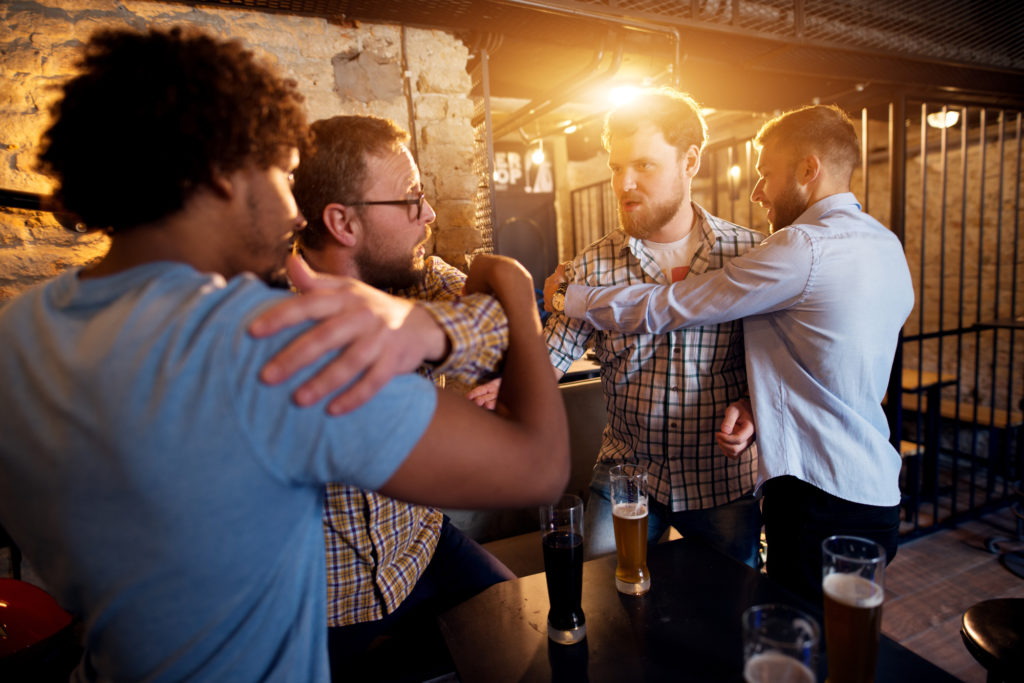 Is Disturbing the Peace a Crime?

Disturbing the peace is a crime that is visible on a criminal background check. It is prosecuted in criminal court with a prosecutor and judge.

The Disturbing the Peace law under La. R.S. 14:103 is a broad statute that gives the arresting police officer a lot of leeway in issuing a disturbing the peace summons. Basically, it comes down to if the defendant is causing a problem in public. For instance, fighting, cursing, and being drunk.

Though people are free to exercise their rights, it is not without restrictions. Acts that tend to cause distress, anger or disturbance to other people are prohibited and the police will make arrests of give summons for disturbing the peace. Otherwise known as disorderly conduct, disturbing the peace is committed by doing an act which violates the public order or disturbs the public peace. These acts are considered a misdemeanor and not a felony. A misdemeanor is defined as any crime other than a felony. It includes offenses that are usually punished by a fine and/ or up to 90 days of incarceration. The usual disturbing the peace charge involves appearing in an intoxicated condition, using offensive language in public, or engaging in a fistic encounter.

(1) To engage in the fistic encounter; or

This can be taken in its simple context, which is engaging in a fist- fight or physical combat. Whether it may be penalized by law will depend on the series of circumstances surrounding the case. Although there are arguments that this violates the freedom to protect oneself, this provision remains to be constitutional.

(2) To deride, offend or annoy another through the use of words, or for the purpose of stopping another from doing his business, occupation or duty;

Louisiana regulates the exercise of free speech for the purpose of addressing street harassment which has become rampant by making it unlawful for a person to use insulting words or obscene language or to subject another to offensive verbal harassment in such a way that it hinders another person from going about his/ her business. A person who commits such an act may be held liable for disturbing the peace.

(3) To appear intoxicated in a place otherwise considered as public; or

In order to fall into this third circumstance, it is essential that the defendant appears in an intoxicated condition in a public place such as the streets, parks, and sidewalks. If the latter is in his/ her private residence or in an area not otherwise open to the general public, he/ she cannot be held guilty of disturbing the public peace.

(4) To be involved, together with others not less than three in number, in an act considered to be violent and tumultuous, or

(5) To hold an assembly deemed to be unlawful; or

The U.S Constitution guards the right of the people to assemble in a lawful and peaceful manner. However, the exercise of that right is not absolute. An assembly of men, whether for the purpose of committing a crime or merely to disturb public peace and create social panic and fear, is penalized by law.

(6) To interrupt a lawful assembly of people; or

(7) To interrupt a funeral, as defined by the Criminal Code, by intentionally performing acts or making any utterance, gesture or display and

The “funeral” contemplated in this provision includes the ceremonies of honoring a deceased through a funeral home viewing, wake, or memorial service. While funeral route shall pertain to procession from a funeral home or place of worship to the cemetery or crematorium.

Examples of Disturbing the Peace

The acts enumerated above are considered as constituting disturbing the peace because the natural and probable consequence of the foregoing acts is the disturbance or alarm to the public. Although the acts vary, they have one thing in common; the accused is caught creating a scene in public. The interpretation of these acts highly depends on the situation and the discretion of the arresting officer at that time since the evidence which may prove the guilt of the offender is the officer’s observation only and the testimonies of eyewitnesses. The flexibility in construing and interpreting the circumstances enumerated will prove useful in defending a case. For example, in order to avoid a criminal record for committing any such acts, a person may be allowed by the prosecutor to plead to a lesser charge.

Defendants are often cited for disturbing the peace when they yell foul language for the public to hear. Obviously, this disturbs the peace of the public.

This is the public intoxication provision of disturbing the peace. If you are drunk in public, an officer could arrest you. It is legal to get drunk, just don’t do it in public or don’t make a scene.

Is Disturbing the Peace a Misdemeanor?

Disturbing the peace is a misdemeanor.  The penalty depends on the provision the defendant is convicted as such he may be imprisoned for a period not exceeding 90 days or six months or they pay a disturbing the peace fine which shall not be more than $100, probation, or a combination of all.

When charged with this offense, the attorney of the defendant may negotiate with the prosecutor for a deal. The defendant may also plead guilty and go to trial. In the trial, the officer’s observations and the witnesses’ testimony will be taken. They shall be used to prove beyond a reasonable doubt that the offender indeed committed disturbing the peace.

Contrary to what is commonly believed, a charge for disturbing the peace will appear on the criminal records unless it is expunged. This is true even when the charges are dropped and no penalty was imposed. That is why upon learning that you are being charged with this offense, it would be wise to immediately get in contact with your disturbing the peace defense lawyer.

Carl Barkemeyer is a criminal defense attorney in Louisiana that defends clients charged with disturbing the peace. Give him a call at 225-964-6720 to hire him.